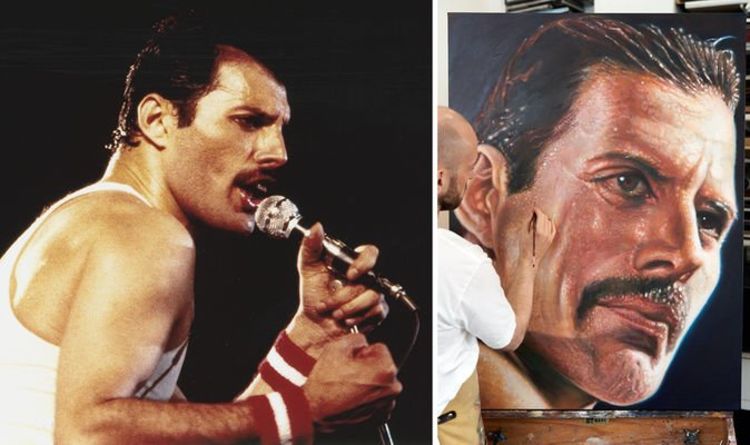 But after pinching a bunch of paints from school, he started using acrylics, which he still works with to this day. And rather than inviting celebrities to sit for him, Brown prefers looking at photographs for his paintings.

The artist, who loves listening to Rufus Wainwright while at work, said: “I like to get on with it on my own. If I had to make conversation it would defeat the point!”

Asked why he almost exclusively captures well-known mugs, the illusionist replied: “It’s just how I see people; it’s more of an effort to do a straight portrait when I’m not exaggerating. That’s much harder. The character thing, I’m just sort of drawing what I see.

“You have a sense of what the final image is going to be. Freddie Mercury’s been in my head for a while.”