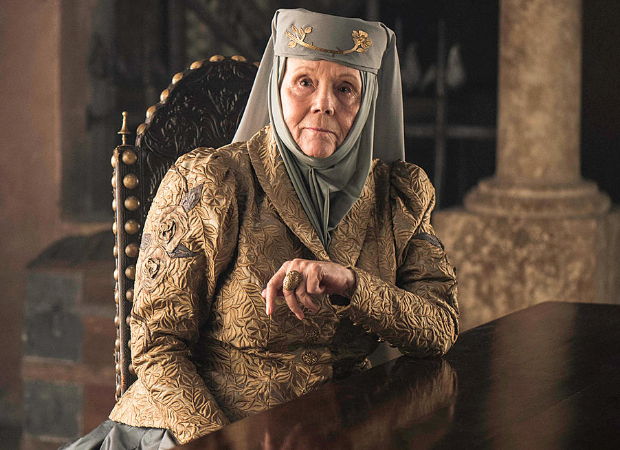 Game Of Thrones actress Diana Rigg, known for her role as Olenna Tyrell, passes away at 82

Dame Diana Rigg, popular known for starring in James Bond and The Avengers films and HBO series Game Of Thrones, has passed away at the age of 82.

“She died peacefully early this morning. She was at home with her family who have asked for privacy at this difficult time,” according to Independent UK tabloid.

Diana Rigg was popularly known for her role as Olenna Tyrell in Game Of Thrones and even gained an Emmy nomination for her spectacular performance.

She played the Bond girl, Countess Tracy di Vicenzo, in the film On Her Majesty’s Secret Service which was the sixth James Bond film. She also appeared in The Avengers as Emma Peel.

May her soul rest in peace!