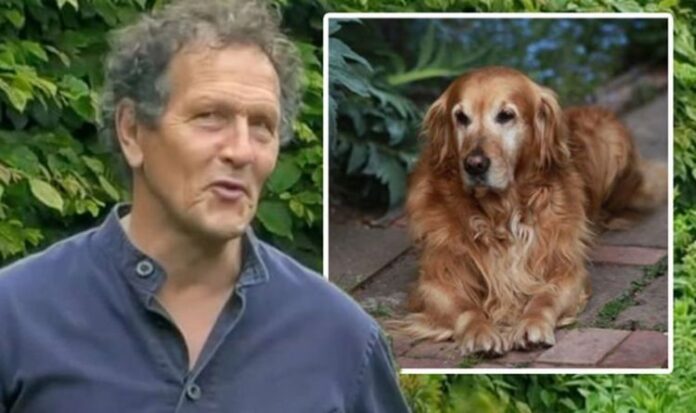 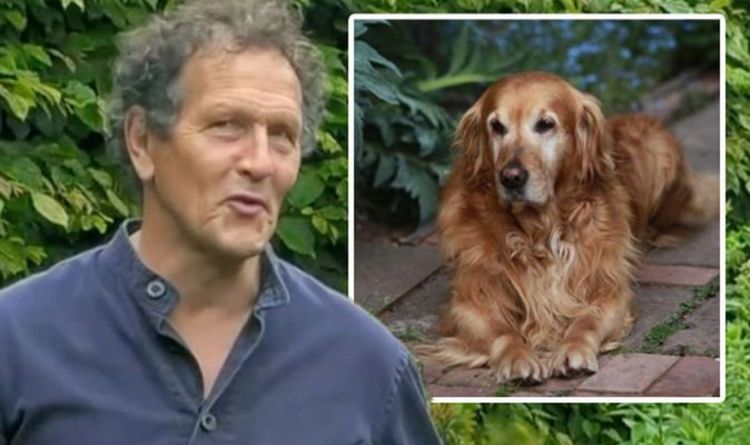 Monty, 65, revealed last May his Gardeners’ World co-star and loyal companion Nigel had tragically died after being “suddenly taken ill”. The golden retriever is one of a few pet dogs the BBC show presenter has been seen with on-screen but it was his late friend who helped him through a “dark period of depression” five years ago. Some months after the canine’s passing, the gardening expert has now shown viewers how he is paying tribute to Nigel.

In the second episode of the Winter Specials programmes, Monty was seen clipping the edges of a bush shaped like a dog.

Turning to the camera, the presenter thanked a guest who had written a poem for the show and referenced Nigel.

“I’m still missing him like mad,” the gardening expert explained, before adding: “But, I have got topiary Nigel.

“We need to look after him. He’s getting a bit shaggy as he was in life and you can see that also, on the back here, Nigel has some brown bits.

“And that’s where the frost hit it in the middle of May, the sun came up and it was really hot and burnt the frosted parts,” he continued.

“Where the sun didn’t hit further down, he is fine,” the gardening expert informed viewers and fans of Nigel watching at home.

“He’s still looking good but I think he’s due for a little trim now just to get him into shape,” Monty continued as he took a pair of secateurs to the topiary.

“Let’s make you look really smart, Nige,” the presenter remarked as he spoke to the plant version of his dear friend.

The host’s other dog Nellie was seen lying next to her companion’s tribute as her owner plucked away at the bush.

At the time, viewers responded in their hundreds to the news of Nigel’s passing, with one writing: “So so so sorry.”

Another of Monty’s followers added: “Their lives are far too short but the love they shared with us is immeasurable.”

Whilst a third posted: “I am so sorry to hear about gorgeous Nigel, Monty! He will be missed so so much! He was such a wonderful boy, perfect in every way.”

“I thought about Nigel today. I hope you and Nell are happy and doing well,” a fourth commented as they voiced their sympathy for the host.

The gardening expert has spoken on many occasions about his loss, explaining: “It’s a proper bereavement.

“It’s true love and, as with losing anyone you love, it’s real grief. The only good thing is that he had a long life, a happy life, and no illness.

“He suddenly started fitting one night and it got worse and worse and he had a brain tumour and that was it.

“He had gone to bed happy and was dead by midday the next day. It wasn’t slow or drawn out,” he told The Times.

Gardeners’ World is available to stream on BBC iPlayer.