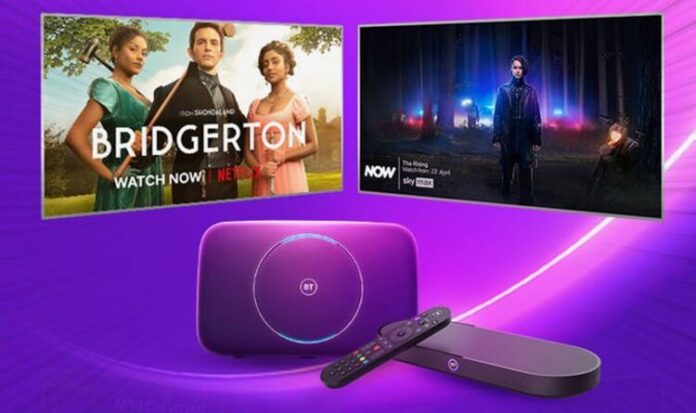 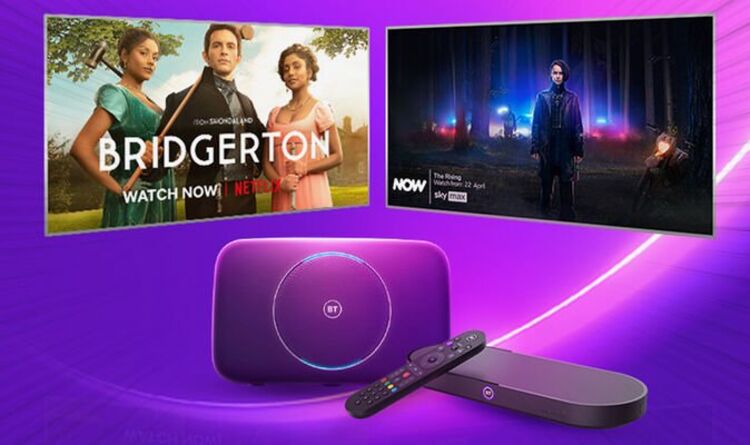 For a limited time, BT broadband customers can add BT TV to their bundle for just £6 a month. That’s an immense deal as that includes the latest iteration of the critically-acclaimed BT TV set-top box, which can pause and rewind live television, has enough storage for 600-hours of recorded telly, and includes access to the most popular streaming services, like BBC iPlayer, Prime Video, Britbox, Netflix and more. But this BT deal also includes a subscription to Netflix (£6.99 a month when bought separately) and a NOW Entertainment Membership, which unlocks access to some of the best exclusive Sky TV channels, like Sky Atlantic, Sky Comedy, Sky Crime, and more.

NOW, formerly NOW TV, offers access to the most popular Sky TV channels over a broadband connection – with no need for a satellite dish on the outside of your home. You’ll even be able to watch Sky Atlantic – the home of immensely-popular US dramas like Mare Of Easttown, Euphoria, Succession, The White Lotus – which isn’t available to Virgin Media TV customers who pay extra to add Sky channels to their bundle.

As well as watching live, the NOW Entertainment Membership includes access to on-demand boxsets of hundreds of shows. So, if you’re looking for something new to watch, this is a great place to start. Of course, you’ll also have access to the complete catalogue included with a Netflix subscription, all Freeview channels via the BT TV box, and any other streaming services that you’d like to watch via the set-top box, including Prime Video, BBC iPlayer, BritBox, and Disney+.

If you already have a Netflix subscription, you’ll be able to cancel that direct debit. That’s because BT TV’s Entertainment bundle includes a subscription to Netflix too, so you’ll be able to watch the blockbusters and boxsets available from the streaming service. Following a price rise earlier this month, the entry-level subscription tier to Netflix costs £6.99 a month alone, so you’ll be saving 99p a month by opting for the BT TV Entertainment bundle – which includes the BT TV box and NOW membership too.

The deal, which slashes £11 from the cost of the BT TV Entertainment bundle, will be available until April 14, 2022. Over the course of the 24-month contract, you’ll save £264 compared to the usual £17 a month price tag. If you’re already a BT customer, you’ll be able to add this incredible offer to your subscription right now.

New customers can also take advantage of the deal, but will need to sign-up to a broadband package before adding the BT TV subscription too.

Get Netflix and exclusive Sky TV channels for just £6 a month, thanks to BT

Don’t buy a new Google Chromecast …something much, much better is...