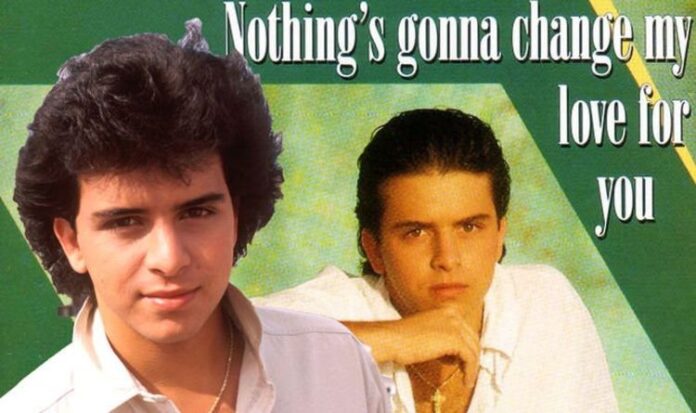 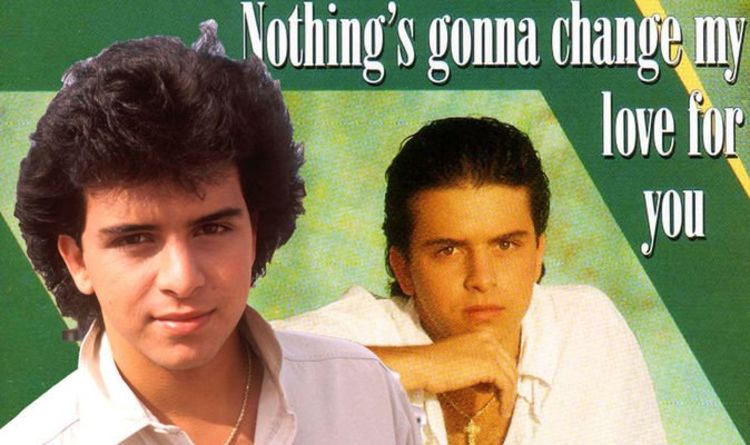 The classic power ballad topped charts worldwide, including in the UK, making its fresh-faced young singer a teen idol as he warbled about innocent young love. But, behind the scenes, the clean-cut kid from Hawaii was plunged into a world where he says fellow pop stars traded sex for hits and the Mafia “owned” and used others to maintain their drug empire.

Medeiros started performing aged ten on his father’s tourist bus and won a local radio talent content at was only 16.

He actually performed a cover of George Benson’s Nothing’s Gonna Change My Love For You and was quickly signed by a local radio label, who released the track as his debut single.

Word spread to the mainland and by his 17th birthday the teen hit the Billboard charts. The song went global, complete with cheesy video on a wind-blown beach, and hit the top spot in the UK, France, Ireland, Holland.

Medeiros was riding high but over the next few years in the music industry discovered the ugly truth behind the scenes.

In a new interview he said: “You hear things about the #MeToo movement and that was such the norm when I was in the music industry.

“Unfortunately, most of the females and some of the males I met – it literally took them having to have relationships with others to be able to get to the top.

“I’d even talk to the artists about it and they’d say, ‘Hey, you know what, I’ve got to do what I have to do.’

“For me, I never took that approach. I had a choice.”

He even described one occasion at a major male songwriter’s house when it quickly became clear what was expected to get ahead.

The star, who was only 18 at the time, said he was shown all the gold records on the wall and told he could be a bigger star than those other artists.

Medeiros added: “And then he says, ‘I need to get something’, goes back to another room, comes back in a robe.

“You kind of knew what the next moves were going to be, so I just remember saying, ‘Oh my God I forgot I have an appointment, I have to be going’, and I made the choice.”

He said he was also shocked about the influence of the Mafia who “owned” some of his fellow stars.

Medeiros said: “The other thing is, the music industry is riddled with a lot of drugs, and the Mafia is very much a part of the music industry. A lot of people don’t like to talk about that, but it’s out there.”

In the interview, he described how some pop stars sold drugs for the Mob and had their homes and careers bankrolled by the Mob.

He added: “So they were basically being pimped out, for lack of a better term. I don’t know why more people don’t talk about it, to be honest. I guess I’m out of the industry now, so I can just clearly say, ‘Hey, this is what I saw.”

Medeiros is currently writing a tell-all about his years in the music industry.

He said: “To me between all of those things – the drugs, the pimping out of artists and also the sexual relations that were happening – it was the music industry that I saw.”

The singer only had one more major hit, topping the US charts in 1990 with the Bobby Brown duet She Ain’t Worth It.

Returning to his native Hawaii he went into education and retrained as a teacher.

In 2015 he was appointed Principal of the St Louis School, a private all-male Catholic school in suburban Honolulu, and then Director in 2017.