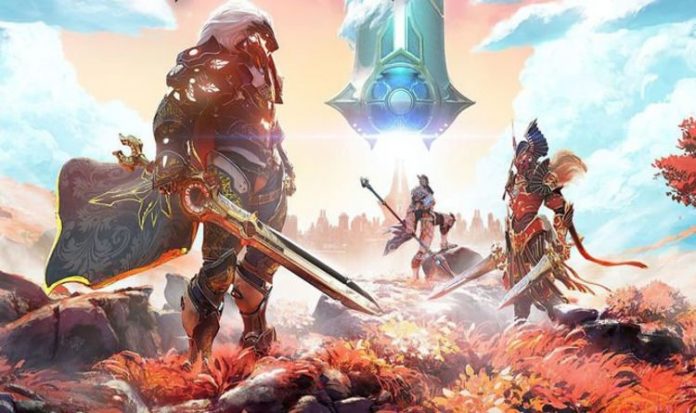 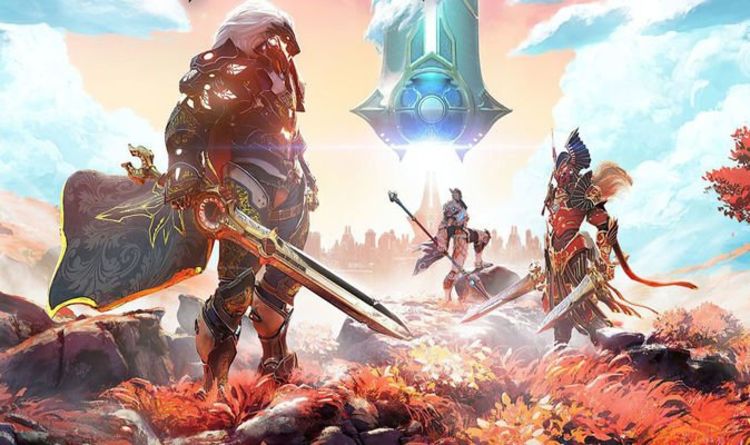 Godfall release date is fast approaching, with the loot-slasher from Counterplay Games and Gearbox launching in November. Godfall is one of the biggest PS5 launch titles, and will be available on day one when the PlayStation 5 hits shelves in the US and Japan on November 12 and in the UK when the next-gen console arrives on November 19. Godfall is trying to create its own unique genre – loot-slashers – which blends the joy of collecting gear that you’d fine in a game like Borderlands with the thrill of fast-paced sword combat seen in titles such as Bloodborne.

But this new style of gameplay isn’t the only unique thing about Godfall, as it will be boasting an exciting take on the armour system – Valorplates.

For those not in the know, Valorplates are Godfall’s equivalent to classes – with each one representing a different type of god that’s unique to the game’s world.

Players can switch between different character types by equipping a specific Valorplate, and unlike other loot games this gear won’t be unlocked by finishing missions or beating enemies.

Valorplates become available to players through gameplay, and come as a single piece of armour instead of being broken down into individual collectible parts.

In total Godfall will feature 12 different Valorplates, including the lion-like god Silvermane which featured during the initial reveal at TGA 2019. While we’ve seen plenty of Valorplates in action fans may be wanting to know a little bit more about how these armour sets work in practice.

Here’s what Heyne said: “Three key components of the Valorplate are: Archon Fury abilities, a passive trait, and the Augment Constellation. We’ve talked a bit about Archon Fury, essentially your Valorplate’s ‘ultimate ability’. Every Valorplate has unique abilities and buffs that trigger when Archon Fury is unleashed.

“The passive trait of a Valorplate is always active. This trait is empowered when the player activates Archon Fury. Finally, the Augment Constellation is essentially an empty skill grid that the player fills with Augments. Augments are unique pieces of loot that provide effects that will drastically improve and evolve the player’s combat style. Augments will be colour coated to the player’s three primary attributes: red for Might, green for Vitality, and blue for Spirit.

“Along with their varying loot traits, augments will also increase the attribute they are associated with. Every Valorplate has a distinct augment constellation with nine empty nodes. The nodes are all colour coated, so red augments slot into red nodes. There are also white nodes, which serve as a ‘wildcard’ of the sorts. Any coloured augment can be placed in white nodes.”

Heyne went on to give an example of how this all works in practice saying: “To help paint the picture, we can see how these three components come together in the Aegishorn Valorplate. Aegishorn is classified as a hybrid Valorplate, meaning it specialises in two of the three attributes. Aegishorn’s augment constellation has three green, two red, one blue, and three white nodes. This suggests that Aegishorn’s primary trait will typically be Vitality, with Might serving as the secondary trait.

“That said, the three white nodes allow the player to tinker and experiment. Aegishorn’s passive trait grants it a flat five percent damage reduction. When Aegishorn activates Archon Fury, it summons three NPC allies to assist in combat. Additionally, Aegishorn’s passive trait increases to 30 percent damage reduction for itself and all nearby allies. Finally, when Aegishorn is hit by an enemy, projectiles will fire off of Aegishorn’s body and hit nearby enemies. Our intent was to load up each Valorplate with badass abilities that will allow players to theory craft their dream build. Once you start layering your loot on top of a Valorplate’s inherent abilities, you really start to uncover the depth behind Godfall’s loot.”