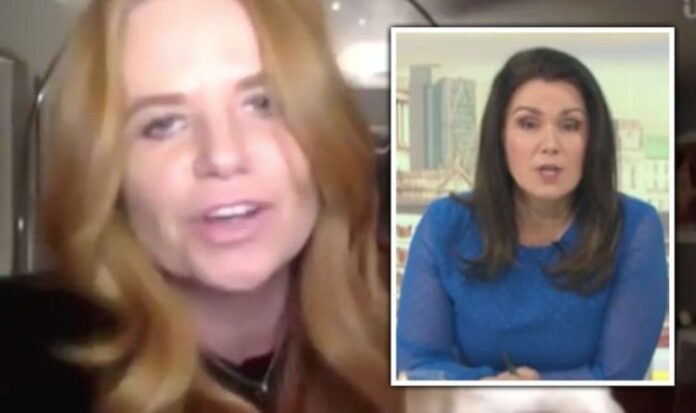 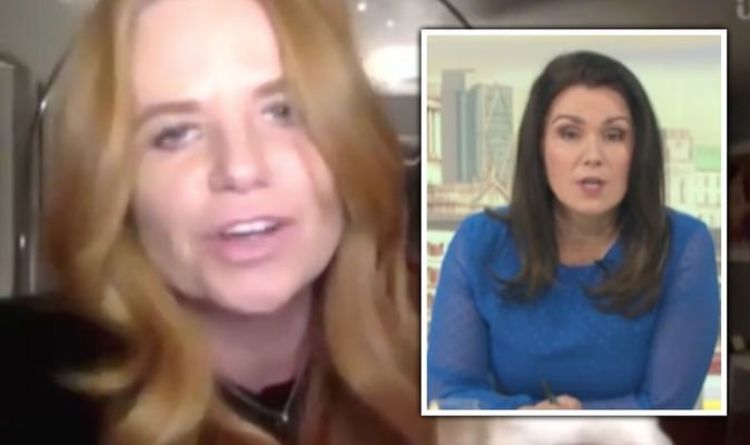 Patsy Palmer was invited to talk to Ben Shephard and Susanna Reid on Good Morning Britain today but the interview came to a sudden end when the EastEnders star saw what was written on the banner displayed below her. The GMB presenters were horrified by the actress response and apologised but Patsy cut off the interview.

Ben asked: “Did you move to Malibu to get away from people shouting ‘Ricky’ at you in the streets?”

“Not really,” Patsy replied. “Not just for that reason, maybe one of them.”

“Well, Patsy do you know what?” Susanna began. “You have done what Meghan and Harry which is get away from the UK, go off to California and set up a new life.

“And I know you’ve spoken about Meghan and Harry as well. I wonder whether you do get more privacy over there?”

“That’s a terrible shame, our apologies to Patsy and well she’s entitled not to do the interview and we carry on,” Susanna said.

Later on, discussing the interview, Ben quipped: “There’s a link isn’t there? I wasn’t here previously, there’s a common denominator.

“I just want to say the really important thing is our intention was never to upset Patsy Palmer. We were very keen to talk to her, Patsy has talked in the past, she’s talked in her book particularly about her addiction, her stints in rehab and now she has a wellness brand.

“She’s promoting that and it was the journey that she’s been on to get to where she is today, what she’s learnt and that’s what we mistakenly misread.”

“It wasn’t intended as an ambush,” Susanna said and Ben added: “Not for a minute and we do apologise to Patsy.”

GMB viewers shared their support for Patsy on Twitter as one wrote: “Patsy Palmer swerving #gmb is the best thing I’ve seen since Piers did it.”

“Patsy Palmer needs to own her past. It doesn’t define who you are now. Acknowledge what you’ve overcome and own it. Besides it looked like she couldn’t be bothered to do the interview from the start #GMB,” another said.

While a third added: “@GMB I’m absolutely disgusted by your treatment of @patsypalmerx this morning! Handled with true dignity by Patsy. I think GMB’s days are numbered!

Someone else shared: “@patsypalmerx Well Done Patsy, putting GMB in their place! They throw whatever they like on the screen, not caring about the individual, good for you, a new craze has started, Doing a Piers!”