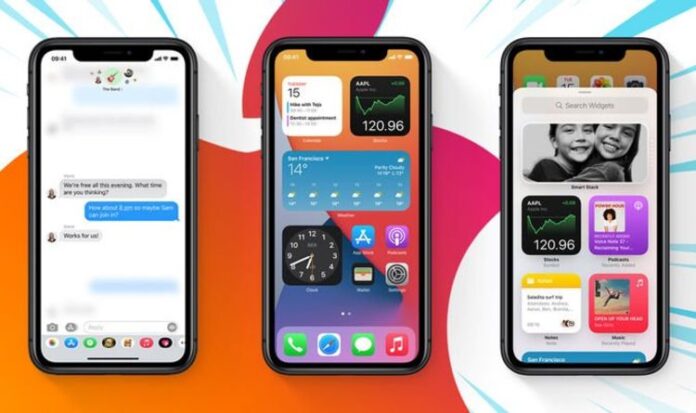 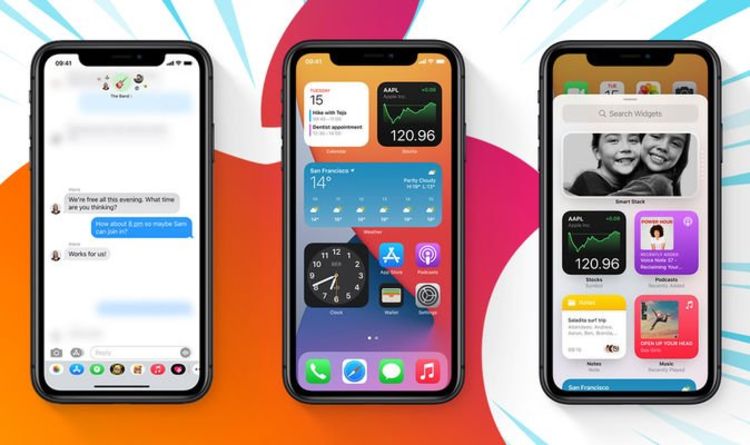 Apple has unveiled iOS 15 during its WWDC developers conference. The all-new version of the iPhone operating system brings a bucketload of new features, including a huge overhaul to FaceTime, new designs for iMessage, and the ability to copy text from any photo on your smartphone.

Inspired by the huge numbers of people relying on FaceTime to make video calls over the last year, Apple announced a number of changes to the end-to-end encrypted app. Spatial Audio, which is only available with Apple AirPods Pro and AirPods Max, is now supported by FaceTime, so the voices of those on the call will be mapped-out to real-world spaces. Apple is also using Artificial Intelligence, AI, to enable “Noise Isolation” which removes distracting background noise and focus on one voice.

There’s also a new grid view, similar to what you’ll find on rival apps like Zoom and Google Meet. FaceTime is also adding Portrait Mode, which adds blur behind the subject of the call – so you won’t have to worry about people snooping on every title on your bookcase. FaceTime Links will allow users to create a URL that launches a new call with anyone with the correct link included. Intriguingly, this works on Windows and Android using the web browser – with the video call still using end-to-end encryption.

But the biggest new feature is SharePlay. This lets anyone share their music or video with everyone on the call. Playback is synced across everyone’s devices, so friends can add new songs to a queue or skip a bad choice on everyone’s iPhone or iPad. Disney+, TikTok, and a number of other streaming apps have already committed to implement the feature when iOS 15 launches later this year. You’ll also be able to share what is happening on your screen.

And it’s not just FaceTime that gets a hefty upgrade, Apple has also focused on Messages too.

Multiple photos will now be sent in a nice stack design, with users able to swipe through the pictures in the bundle without the images taking over your entire screen. Links sent inside Messages will now be displayed in the Apple News app under a “Shared With You” tab. Apple Music also supports the feature, which Apple says is designed to stop links sent in busy group chats from being lost forever.

Photos sent within Messages will also start to populate your Apple Photos app. Apple says its AI algorithms are smart enough to exclude screenshots or photos without you. Of course, we’ll need to get our hands on iOS 15 to see whether that truly works, or whether we’ll start to see other people’s wedding snaps filling our photo library.

To avoid increasing our screen time with all of these new features, Apple is upgrading the Lock Screen. Using on-device AI, Apple can now summarise your notifications – with snapshots of the best emails, unread messages, pop-ups from apps, and more all ordered by order of importance (as determined by the algorithms). Apple says this is designed to reduce distraction, with summaries appearing on your Lock Screen a few times each day.

Focus is another new feature designed to help you achieve a better iPhone-life balance. Focus lets you set multiple categories for your device – Work, Home, and more. When set to Work within the Focus setting, notifications from work messaging platforms, like Microsoft Teams or Slack, will fill your Lock Screen. However, if you switch to Home at the end of the work day, you won’t need to worry about emails from your boss filling your Lock Screen. Your iPhone can automatically switch between modes based on your location.

Apple is also adding the ability to copy-paste any text from within a photo. So, menus, restaurant names, passport details and more can be copied and pasted into Messages and emails. The feature also works with Apple’s Translate app, so you can use the feature within your camera or Photos app to help work-out what you want to order when travelling abroad.

Apple Photos can also tap into the millions of tracks available in Apple Music to add the soundtrack to your Memories – the AI-curated slideshows that re-surface photos and video clips from a certain trip, one particular person, or a theme. Of course, you’ll need to be an Apple Music subscriber to use this feature, which Apple says uses the beat of the track to time transitions between snaps. While the feature will select a song based on its own algorithmic tastes… you can select something from your own music library.

WWDC is an annual event that enables Apple to share some if its latest features and designs with third-party developers. The week-long conference, which will be available online rather than in-person for the second consecutive year due to the ongoing public health crisis, means developers have time to implement the latest features and designs into their apps ahead of the release. This means, by the time the new version of iOS is available to download, your favourite apps should already have support baked-in its best features.

In the past, that has included a system-wide Dark Mode to save your eyes (and battery), widgets to break-up the grid of rounded app icons on the homscreen, the ability to reply to text messages from a notification, privacy warnings about the data being siphoned by all apps on your handset, and much more.

Now that we’ve had our first glimpse of iOS 15, developers will be able to test the software with their third-party apps. Apple will allow people to sign-up to a public beta scheme soon, so you can get the latest features on your iPhone ahead of the launch. However, as always with beta software, there’s likely to be some glitches and bugs lurking inside. If you rely on your iPhone every day… we won’t recommend trying the beta.

Following months of testing over the summer – and barring any particularly bad bugs, known as “show-stoppers”, we should see iOS 15 become available to iPhone owners around the globe in September. As always, it’s possible new features that weren’t quite ready for a primetime slot in Apple’s WWDC keynote will pop-up during the beta scheme. And, if a change is causing real trouble for third-party developers, Apple has been known to delay (or ditch) some features showed on-stage at WWDC for the September launch.

Express.co,uk will be keeping a close eye on the beta process and will keep you in the loop about the latest features, tweaks, and controversies. So stay tuned.