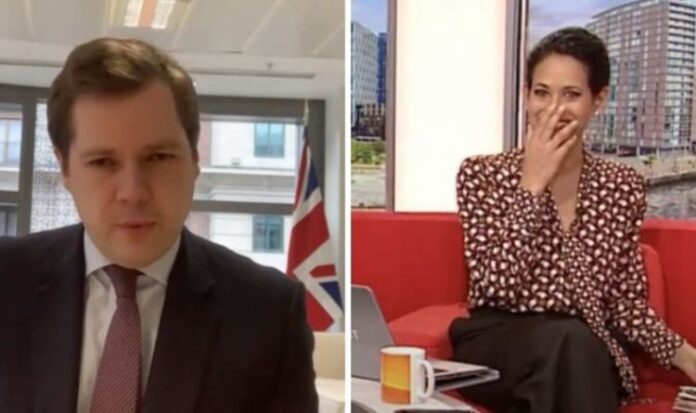 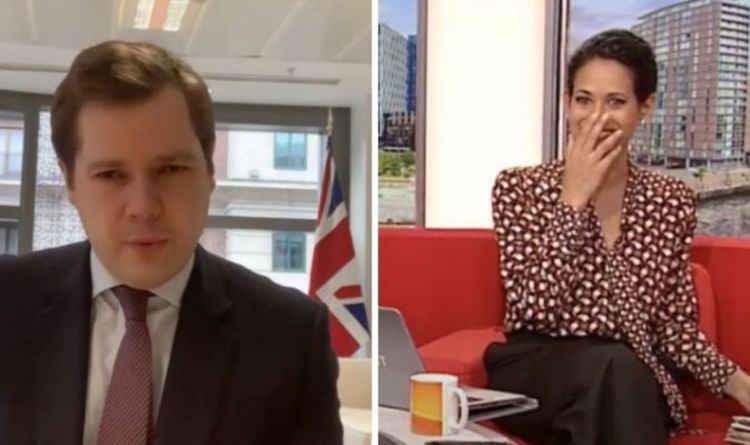 “At the end of a long, serious interview with the Housing, Communities and Local Government Secretary Robert Jennick, Charlie Stays made an off-the-cuff remark about the size of the flag behind Mr Jenrick,” the BBC’s response began.

“It was meant as a light-hearted, off-the-cuff comment and no offence or disrespect was intended.

“Naga and Charlie have been spoken to and reminded of their responsibilities, including the BBC’s impartiality and social media guidelines.”