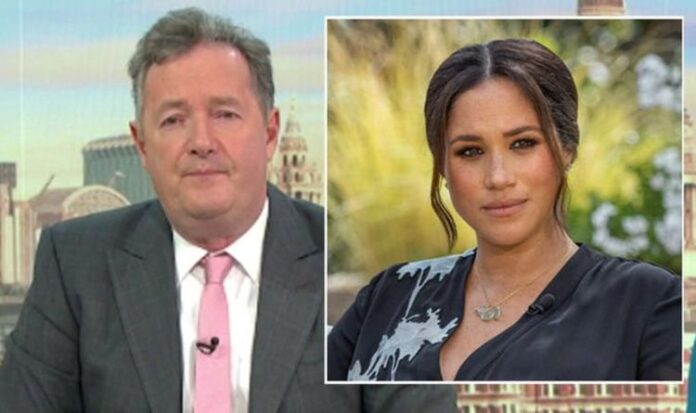 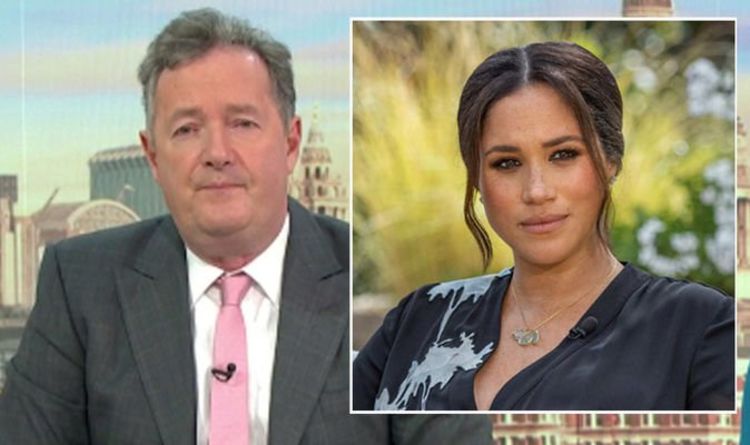 Following the broadcast of Meghan Markle, 39, and her husband Prince Harry’s, 36, interview with Oprah Winfrey, 67, on CBS on Sunday night, Piers Morgan, 55, said he did not believe the Duchess of Sussex’s comments that she had suicidal thoughts. Following a backlash on social media over his comments on Good Morning Britain , ITV bosses are said to be “discussing” it with the controversial host.

On Monday morning, Piers told viewers: “Who did you go to? What did they say to you? I’m sorry, I don’t believe a word she said, Meghan Markle.

“I wouldn’t believe it if she read me a weather report.

“The fact that she’s fired up this onslaught against our Royal family I think is contemptible.”

Many viewers took to Twitter to hit out at Piers’ comments including mental health charity Mind.

Now, ITV Chief Executive Carolyn McCall said they are “dealing with” Piers and discussing the comments he made.

Speaking on a media call, Carolyn admitted she has not spoken to the host herself but managing director of media and entertainment Kevin Lygo “is discussing it with Piers”.

She insisted Good Morning Britain is a “balanced show” adding: “ITV has many voices and we try and represent many voices every day. It’s not about one opinion.”

On the comments about Meghan, Carolyn said: “I completely believe what she (Meghan) said. It’s important everyone does.”

Piers was not impressed with Alex’s remark as he stepped away from the news desk and walked off.

Viewers commented on the moment on Twitter with one replying: “Who would have thought it would be a weatherman that gets @piersmorgan to walk off set @alexberesfordTV #GMB #goodmorningbritain.”

Another added: “Alex Beresford has managed to silence Piers Morgan and make him walk offset. @alexberesfordTV you’ve made my day. #GMB #piersmorgan.”