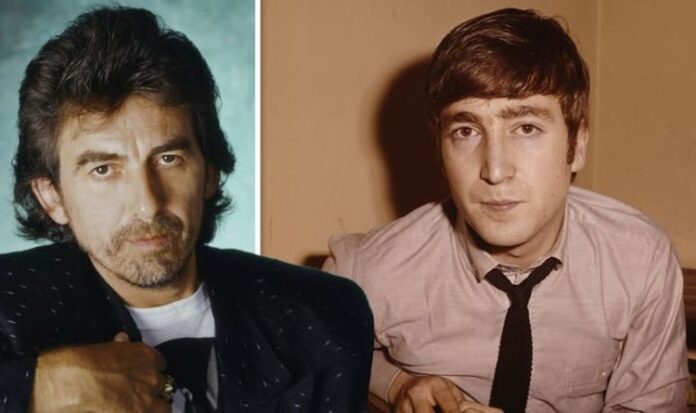 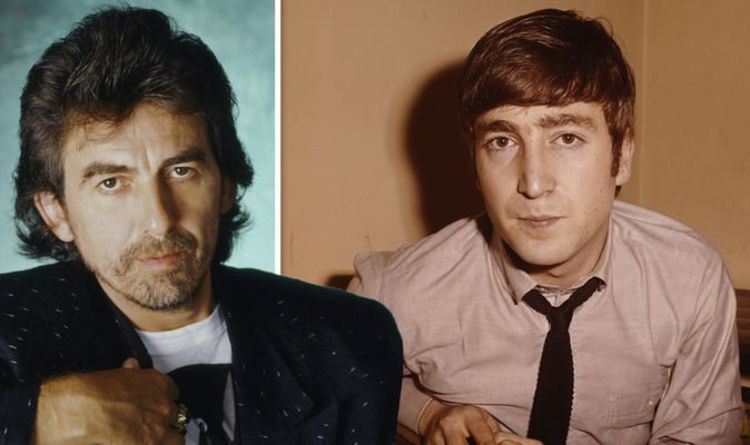 George Harrison released his ninth album, Somewhere in England, in 1981. The album received middling reviews, with Rolling Stone and Uncut awarding it two stars out of five. The album’s first released single in 1981 was rewritten to pay tribute to fellow member of The Beatles, John Lennon, after his death.

George was joined by Paul McCartney and Ringo Starr to write All Those Years Ago in November 1980 for Starr’s new album.

The recording of the song was the first time three members of the Fab Four had worked together since 1970 when the band broke up.

The Beatles split happened shortly after John’s announcement he was leaving the band in 1969. Less than a year later, in 1970, McCartney also announced he was going to make his exit.

George wrote All Those Years Ago and recorded it with Paul and Ringo, but Ringo wasn’t happy with how it sounded and gave it back to George.

READ MORE: The Beatles’ John Lennon was ‘not satisfied’ by his band’s music

Within the following six months, George reworked the already-recorded song and rewrote the lyrics.

This time around, George had his late friend in mind and even included some references to John and his music.

First was a reference to The Beatles’ song All You Need Is Love. All Those Years Ago went: “But you point the way to the truth when you say / All you need is love.”

George went on: “That’s the difference. Now you need the big cosmic telephone to speak to him.

“But I believe that life goes on, and so to me, I can’t get sad.

“I’m sad that I can’t go play guitars with John but then I did that, anyway. I did that for a long time. So, we’ll meet again somewhere down the line.”

John was murdered by Mark David Chapman, who shot the singer in the archway at The Dakota, his home, in New York.

Earlier that day, Chapman had met Lennon and asked him to sign his copy of the album Double Fantasy while he was on his way to a recording session.

Chapman remained outside The Dakota in wait for the singer.

When John returned, Chapman shot five hollow-point bullets at him, four of which hit him in the back.