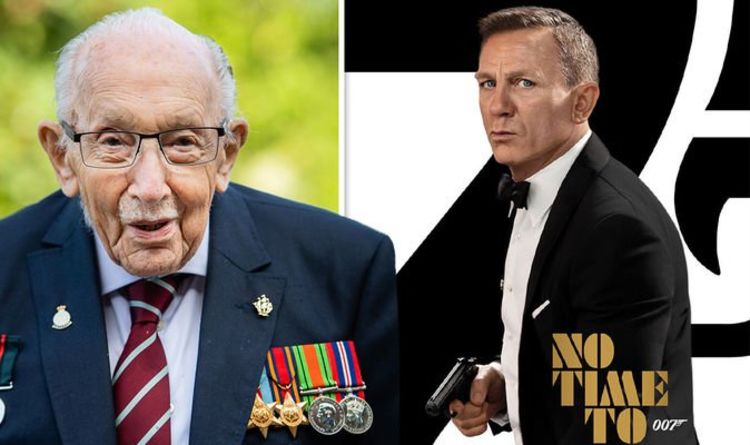 James Bond: Captain Sir Tom says he wants Henry Cavill as the next 007

No Time To Die was delayed earlier this year to November. With just over a month until the film was due out, it was delayed once again until April 2 of next year – pushing the film back almost an entire year from its original release date. Once the latest James Bond film has been released, news will surely follow of the next actor taking on the legendary roll of 007.

Daniel Craig has had tenure of the role since 2006, with Casino Royale as his first flick in the spy’s shoes.

Since then, Craig has appeared in four more films – Quantum of Solace, Skyfall, Spectre, and finally No Time To Die.

While Craig’s performance as the character has been extremely memorable, the next rendition of the spy could change things up in a big way.

With many different ideas floating around on who ought to take the role next, the most recent suggestion comes from a British legend himself, Captain Sir Tom Moore.

According to Ladbrokes, there are three very likely options for the role.

Currently, top of the leaderboard is Venom’s Tom Hardy, who has EVENS, and is by far the most likely to take the role.

McMafia’s James Norton comes up second with a substantial 5-2.

Although perhaps the least known of the top three, it seems Norton’s chances are increasing each month.

Henry Cavill is the third potential option for the new version of Bond.

The Witcher and Superman star is wildly popular with film fans, and his chances are also increasing dramatically as time goes on.

At the moment, Cavill has a powerful 6-1 on becoming the next Bond.

A Ladbrokes spokesperson commented: “Daniel Craig’s 007 shoes are big ones to fill and punters are seemingly convinced Bond chiefs have now whittled his replacement down to three blockbuster names.”