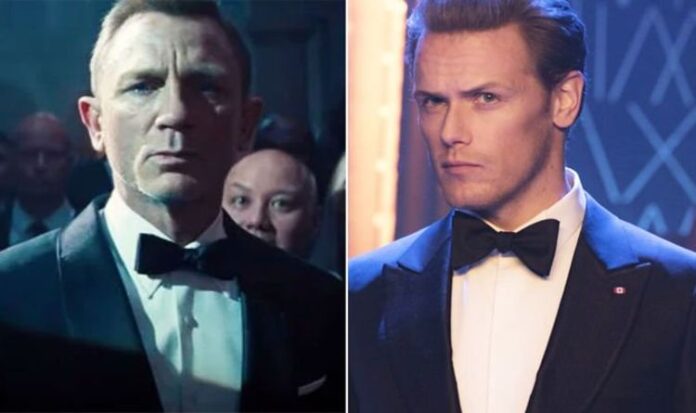 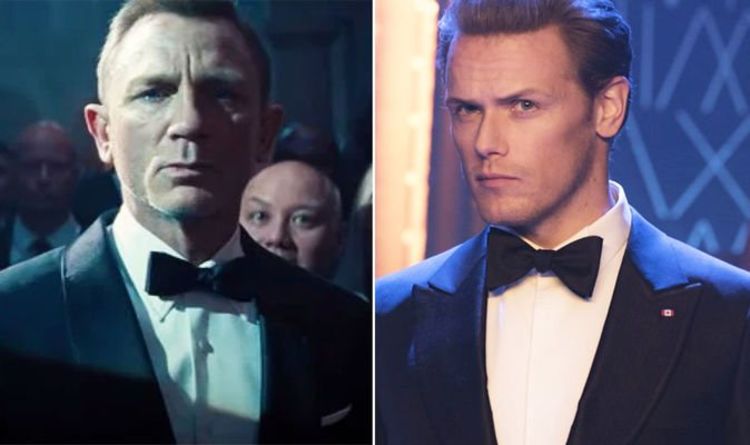 Only six actors have successfully been cast as James Bond in the film franchise’s almost 60-year history. Last time around in 2005 saw Daniel Craig beat a number of 007 hopefuls to star in Casino Royale. One of these was Outlander star Sam Heughan, who has opened up on his Bond audition and how he’d love to give it another go after Craig hands in his Licence to Kill after No Time To Die.

According to those who have attempted, the Bond auditions see contenders act out a scene in Sean Connery’s From Russia With Love.

The moment involves the wannabe 007s wearing nothing but a towel and entering a room armed with a gun before approaching a woman on a bed.

Interestingly, Heughan shared that at his audition they even had the pistol from The Man with the Golden Gun.

The 40-year-old, who was promoting his new movie SAS: Red Notice, told the Radio Times of meeting with the Bond boss and Casino Royale’s director.

“I did a scene and they had the gun from The Man with the Golden Gun on the table and I remember thinking, ‘Wow, this is incredible’. It was surreal. He’s a character we’ve all grown up with.”

Now while the Outlander star lost out to Craig, he’s currently on 7-1 to be the next Bond after him.

And according to the horse’s mouth, he’s definitely up for another try at the 007 auditions.

Mark told Express.co.uk: “Roger Moore was considered for Sean Connery’s Dr No, Timothy Dalton was looked at when he was just 21 in the era of George Lazenby’s On Her Majesty’s Secret Service and later Diamonds Are Forever.

“They looked at everyone for Diamonds Are Forever, as they were slightly panicking [after George Lazenby turned down more Bond films after just one outing].”

In the end, Connery was persuaded to return for one more movie before Roger Moore’s debut in Live and Let Die. Fans may also remember Pierce Brosnan bagged the role for 1987’s The Living Daylights but was tied to a contract, so Timothy Dalton took over until the Goldeneye star had his moment in 1995.

The Bond expert continued: “But yes it does bode well if you’ve been the runner up once, it does help.”

However, Mark clarified: “But it depends. Timothy Dalton didn’t become A-list in the way that Henry Cavill has.”

The Superman star famously came second to Craig in the Bond auditions for Casino Royale, so he is too famous to be a new 007 now?

The Bond expert added: “Although, saying that, Roger Moore did very well between his consideration point and his contract point.

“He was quite a bigger name choice for the role at the time. And they went with him because he was good box office; he was a telly face. That’s why I wonder if they’ll go slightly bigger casting now, this time around.”