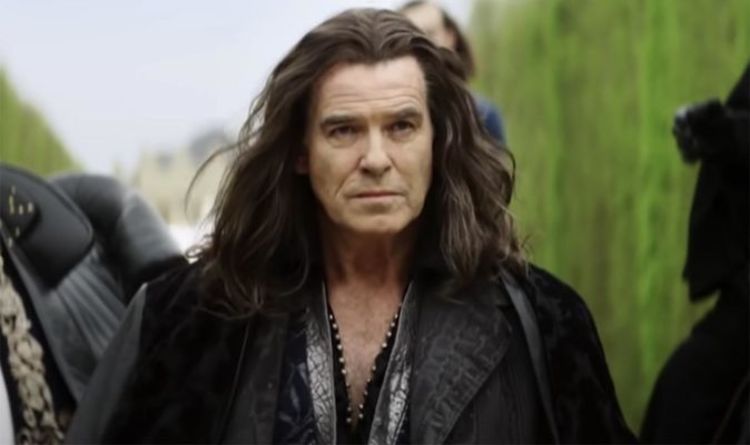 The last couple of years has seen some big delays for Hollywood blockbusters due to the pandemic. Daniel Craig’s final James Bond movie No Time To Die arrived in cinemas 18 months after its initial release date, while Tom Cruise’s Mission: Impossible 7 has been pushed back yet again to 2023. However, it’s really quite something when a mainstream movie that was shot in 2014 is only just debuting in US movie theatres this past week.

Former James Bond star Pierce Brosnan was thrilled at the chance of playing King Louis XIV in The King’s Daughter, an adaptation of the 1997 novel The Moon and the Sun by Vonda N McIntyre, who died in 2019.

The sci-fi alternative history book famously beat George RR Martin’s A Game of Thrones to the Nebula Award for Best Novel that year.

Set in the 17th century French court, the story follows a relationship between lady-in-waiting Marie-Josèphe (Kaya Scodelario) and a mermaid (Fan Bingbing).

Producer Michael London acquired the film rights in 1999 only to struggle to get the financial backing for the $40 million movie that probably should have been a $200 million blockbuster. In the end, Chinese studio Kylin Pictures invested $20 million.

According to The Telegraph, after wrapping in May 2014, the newly retitled The King’s Daughter was set for release on April 10, 2015.

However, in March of that year, Paramount cancelled the release date without setting up a new one.

Rumours abounded that more visual effects work was needed, while others claimed the film was just not good enough to come out.

Meanwhile, as The King’s daughter was put on ice, its Chinese star Fan (Iron Man 3, X-Men: Days of Future Past) suddenly disappeared in July 2018 during an investigation into her tax affairs.

In October 2018, Fan reappeared after three months of “residential surveillance” and issued a grovelling apology in which she declared how “ashamed and guilty” she felt for “not setting a good example for society and the industry.”

Her statement said: “Today I’m facing enormous fears and worries over the mistakes I made! I have failed the country, society’s support and trust, and the love of my devoted fans! I offer my sincere apology here once again! I beg for everyone’s forgiveness!… Without the party and the state, without the love of the people, there would have been no Fan Bingbing!”

The Chinese government ordered her to pay a fine of $131 million for tax evasion, a penalty that could have led to execution just a decade before.

Since then Fan hasn’t worked in China, with her only movie in the following years being The 355, which was a big flop and is unlikely to release in her homeland.

Aside from Fan’s involvement in The King’s Daughter making it unviable for the Chinese market, neither of Brosnan’s co-stars Scodelario or Benjamin Walker have gone on to become A-listers to help market the movie, as its post-production limbo continued.

However, the film was finally released last week on over 2000 US cinema screens, but the delay in hopes of avoiding a box office bomb failed, not helped by terrible reviews.

The King Daughter has a big green splat with just 21 per cent positive reviews on Rotten Tomatoes and a critics’ consensus reading: “A muddled mess that was clearly tinkered with in post-production to little avail, The King’s Daughter is a royal disappointment.”

On top of that, the $40 million movie has made just over $700,000 at the box office making it one of the biggest flops of all time. Perhaps it will have a second life when released on streaming in the UK and other territories.