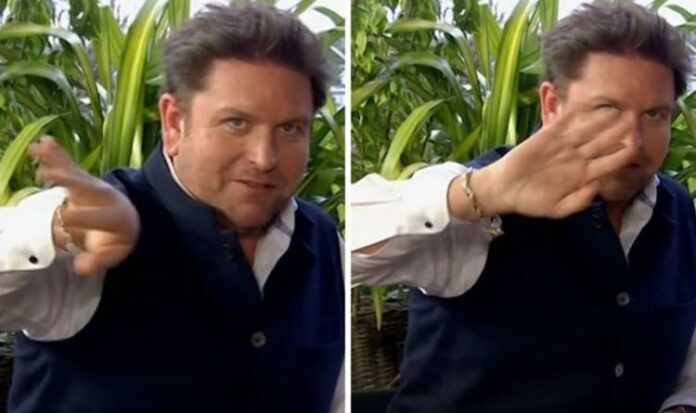 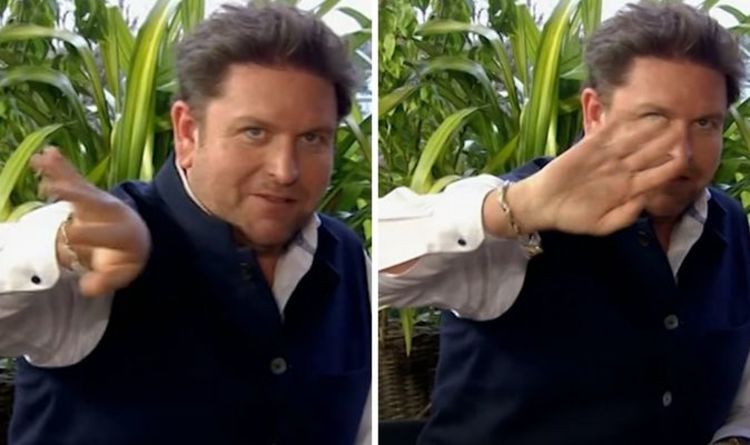 During the latest instalment of James Martin’s Saturday Morning, the ITV chef invited guest John Hooker on to the programme where he served up a barbecued pork chop along with roasted spring cabbage. However, when it came to the taste test, James let his appetite get the better of him as he ordered the ITV crew to leave the studio for 15 minutes while he tucked into the dish.

Introducing the demonstration, John began: “What you want to do is get the pan nice and hot with a little bit of Olive oil.

“Fresh butter, some rosemary and a bit of thyme here. They’re coming up lovely.

“We’re not going to over season that, maybe a quick squeeze of pepper. We have added the brine, so we don’t want to over-salt it.

“Again, we are going to roast that. If you’re at home, moderate oven, five or six minutes until it’s nice and tender.”

However, things soon took a turn when John dished up the pork chop to James, who then jokingly ordered everyone to leave.

“You know it is, don’t you?” How long have we known each other?”

“Yeah, a fair few years James,” John replied, as James added: “This is my kind of grub.”

As James began to wave to the cameramen, he ordered: “So just leave me, leave me in a corner.”

“It’s comfort food at its best I think,” John explained.

James joked as he tucked into the dish: “Tell the crew to just leave me, leave me to dissolve myself for 15 minutes.”

“It’s key to get that pork chop thick, you know?” John chipped in.

James commented: “That’s good that. That butter is amazing, isn’t it?”

James Martin’s Saturday Morning returns next weekend at 9.25am on ITV.