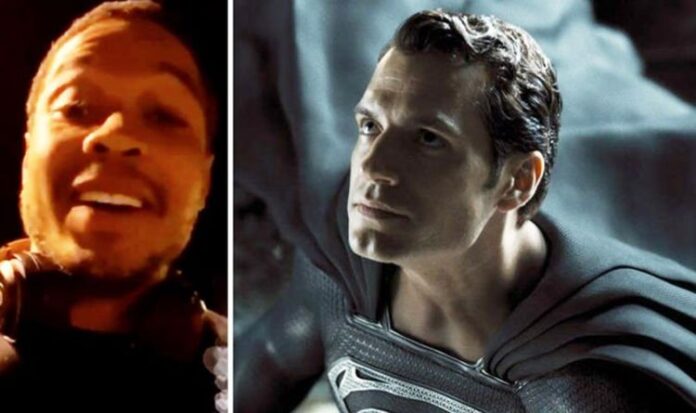 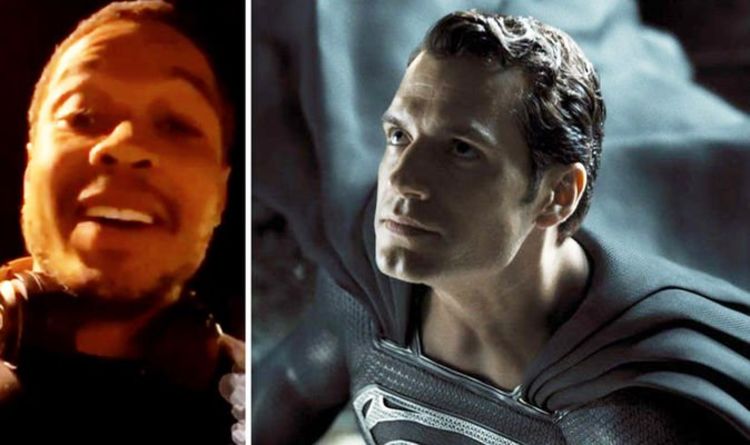 Snyder’s version of Justice League was never finished following a personal tragedy that occurred during filming. Shortly after his exit, Warner Bros opted to bring Marvel director Joss Whedon onto the project to finish the movie. The film bombed at the box office, prompting the studio to scrap any plans for sequels. This week, the four-hour version of Zack Snyder’s Justice League is being released on HBO Max and NOW TV, and will tell the complete story of Superman, Batman, Wonder Woman and Cyborg.

Cyborg star Fisher recently held an Instagram Live video where he gushed about seeing the final film for the first time.

Fisher shouted at his fans with glee: “Just got finished watching that Zack Snyder’s Justice League!

“Yo, y’all, when I tell you… When I tell you this movie is not even a meal… It is a whole feast. It’s like a seven-day feast that just does not end!”

Fisher wouldn’t give any details about what happened in the film, but explained he was eager to see the reactions to it.

The 33-year-old continued: “Y’all, oh my gosh! I cannot wait ’til next week so we can start talking about it together, amongst the world.

“I called Zack Snyder, left him a voicemail. I called [screenwriter] Chris Terrio, got him on the line… Five years in the making y’all.

“None of this would be possible without you all… I can’t even tell you.”

Fisher also commended the thrilling film on his Twitter account, where he wrote: “I can’t wait for ya’ll to see #ZackSnydersJusticeLeague. Thank you all from the bottom of my heart for making this movie happen!!! #SnyderCut #BORGLIFE.”

The actor will be getting a lot more screen time in this version of Justice League, which will detail how the heroic Cyborg came into contact with the Motherbox – an extraterrestrial entity which gave him his powers.

The trailer for the hero’s new story was released earlier this week and showed him learning how to fly while telling viewers: “Not broken. Never alone.”

Fisher posted on his Twitter account praising Snyder for making his character a more prominent piece of the DC Cinematic Universe puzzle.

Fisher wrote: “To take a lesser-known Black character and evolve them into the most powerful being in the DC Universe (rivalled only by Doctor Manhattan) is no small feat. We’re lucky @ZackSnyder doesn’t do small feats. #Cyborg #SnyderCut.” (sic)

Cyborg’s story had reportedly come to an end, however, following Warner Bros’ plans to scrap the Justice League cinematic universe.

The beginnings of a new sequence of DC Comics movies starts next year with the release of The Batman, with British actor Robert Pattinson taking over from Ben Affleck as the Dark Knight.

But Beyond the Trailer’s Grace Randolph recently suggested the second and third parts of Justice League are being considered by the studio, following the excitement for the Snyder Cut.

Grace continued: “JL2 and 3 might now be possible. Some suits want Zack Snyder to direct Wonder Woman 3, which I think is an excellent idea. The hype is real… Don’t let up now.”

Snyder’s original Justice League Part 2 and Part 3 plans were going to delve into Batman’s Knightmare scenario, which told of an evil Superman taking over the planet.

But, until confirmation is given about Justice League Part 2, the next official DC Universe movie is 2022’s The Flash.

Ezra Miller plays the Scarlet Speedster once again in the hero’s first ever solo movie. It will see him teaming up with Affleck’s Batman, as well as Michael Keaton reprising his role as the Caped Crusader.