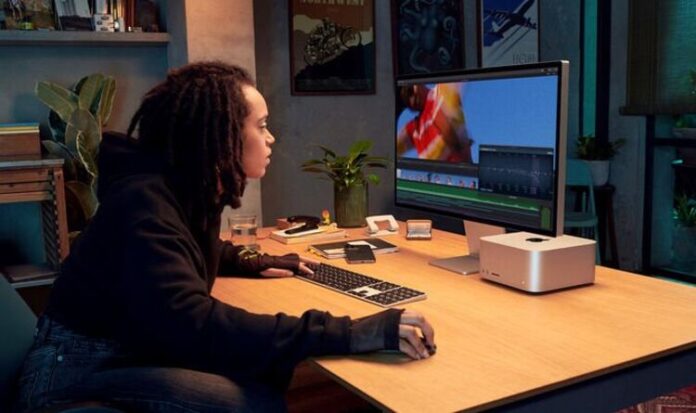 The Studio Display Apple has borrowed the 12-megapixel front-facing camera found in its iPad lineup for the Studio Display, which is powered by the A13 Bionic chipset to reduce noise and enable Centre-Stage. The latter automatically zooms and pans to ensure you’re in the middle of the frame – even if you’re moving around the room during your video call. This works with Apple’s FaceTime, as well as popular third-party options, like Zoom and Google Meet. The Studio Display can fast-charge a MacBook Pro with the built-in USB-C port.

Mac Studio is the fastest computer that Apple has ever built, and that’s not all