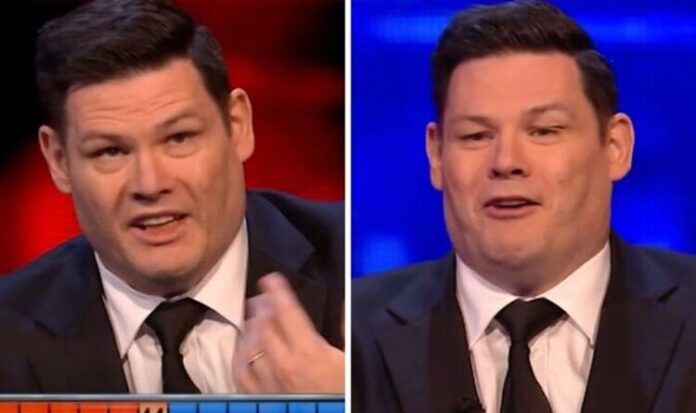 While Anne Hewson criticised Mark’s performance, as she posted: “@MarkLabbett is so annoying when it looks like the team will race home to win.

“Just treats questions with contempt. Unfair to the winning team.”

Thankfully, Mark didn’t lose his temper this time as he managed to congratulate the team on their win without storming off the set.

After beating the Chaser, contestant Rebecca confirmed she’ll be buying some DJ decks to annoy her Macclesfield neighbours.

Mark Labbett ‘gives up’ as Chase blunder result in ‘thumping’ loss: ‘Take on the chin’