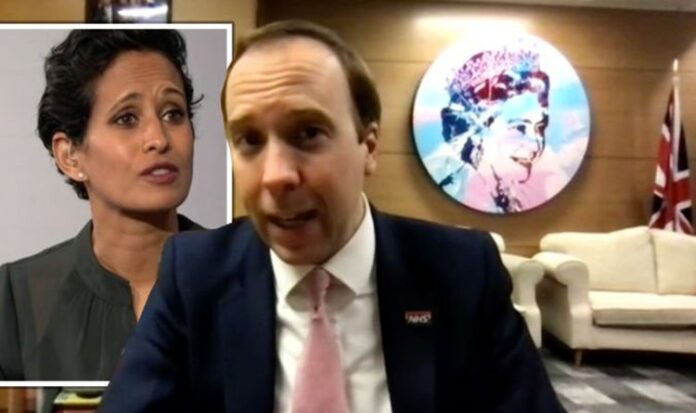 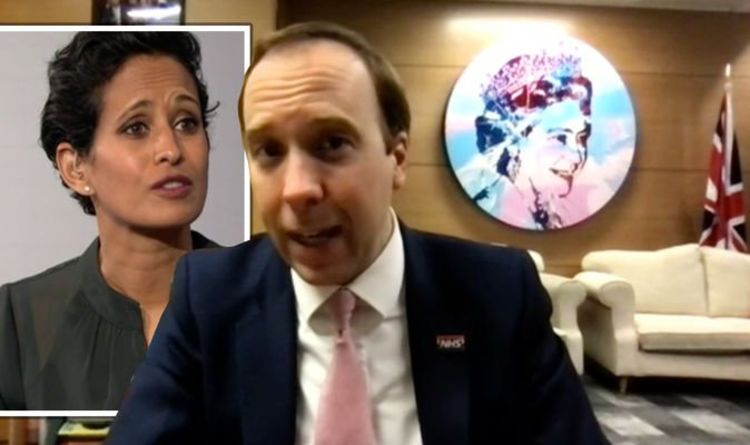 The BBC has since revealed that the broadcaster was flooded with over 100 complaints from viewers who were unimpressed by Munchetty and Stayt’s comments.

The broadcaster’s most recent complaint report stated: “We received complaints from people unhappy with a comment Charlie Stayt made about the flag in the background of an interview and Naga Munchetty’s subsequent activity on social media.”

A statement from the BBC added: “At the end of a long, serious interview with the Housing, Communities and Local Government Secretary Robert Jennick, Charlie Stays made an off-the-cuff remark about the size of the flag behind Mr Jenrick,” the BBC’s response began.

“It was meant as a light-hearted, off-the-cuff comment and no offence or disrespect was intended.

“Naga and Charlie have been spoken to and reminded of their responsibilities, including the BBC’s impartiality and social media guidelines.”

BBC News Special Lockdown Live: What Next? is available to watch on BBC iPlayer.