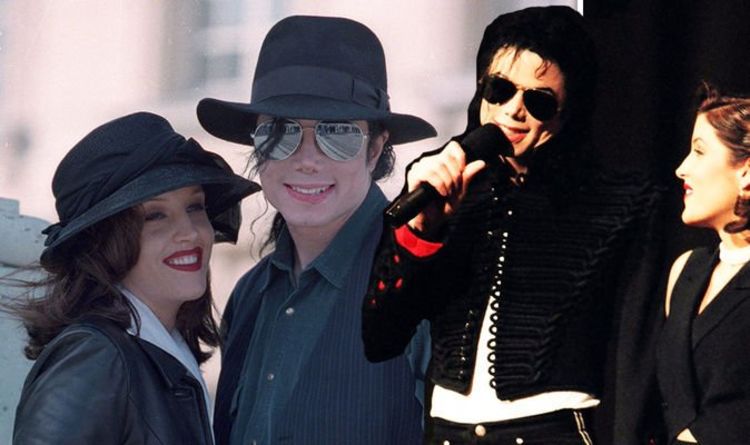 Michael Jackson wife: Did Lisa Marie Presley and MJ talk after their break-up?

Michael Jackson was married twice, once to his dermatology nurse Debbie Rowe as well as to Lisa Marie Presley, daughter of The King, Elvis Presley. While it has been made fairly clear how he and his second wife, Debbie, did not speak after their break-up, the same cannot be said for Lisa Marie. So did Michael and Lisa Marie keep in touch after their divorce?

Lisa Marie Presley has spoken out a little bit about her relationship with Michael Jackson, and what caused the end.

Many couples, including Michael and his second wife, Debbie, choose to avoid one another after a break-up, however, that was not the case for these two.

While they did not remain friends, Michael did try to contact Lisa Marie in 2009, the year of his death.

She continued: “He asked if I still loved him and I told him I was indifferent. And he didn’t like that word and he cried…”

As well as this, Michael confided in Lisa Marie about his fears about his life, which some may consider to be irrational.

With that being said, Michael died not long after these conversations, so perhaps he felt certain of a sense of doom lurking.

Lisa Marie added: “The final part of the conversation was him telling me that he felt that someone was going to try and kill him to get hold of his catalogue and his estate.

“And I really didn’t know what to do with that… He expressed to me his concern over his life.”

Though there have not been any murder investigations around Michael’s death, his physician, Conrad Murray, was jailed for involuntary manslaughter after his dealing with Michael.

Michael was preparing to perform at the Staples Centre in Los Angeles and had attended a rehearsal the night before his death.

The following morning, however, Jackson was found not breathing in his bedroom.

His doctor, Conrad Murray, said he started CPR on Michael before shouting to a chef for security and further help, claiming he could not call the emergency services on his mobile phone due to his not knowing the address of the hotel.

Eventually, the call to the emergency services came in at 12.21pm, as was confirmed by an LA Fire Department spokesman, after which paramedics reached Michael at 12.26pm to find he was still not breathing.

Paramedics performed CPR on him for more than 40 minutes before taking him in the ambulance to the hospital.

He arrived at the hospital at 1.14pm, and doctors attempted to resuscitate him for more than an hour before his death was called at 2.26pm.

The controversy around his death came in August of that year when the official LA coroner’s report ruled his death as a homicide.

Eventually, his doctor was tried for involuntary manslaughter, over the administration of drugs to Michael on the night before he died.

Conrad was charged on February 8, 2010, as Jackson was believed to have died from a massive overdose of propofol, which is a general anaesthetic.

Testimony in the trial suggested propofol, in conjunction with other drugs in Michael’s system, had played the key role in his death.

In 2011, the jury found Conrad guilty and he was sentenced to four years in prison but was released after two years on October 28, 2013, for good behaviour.

During the trial, his licence to practise medicine and administer heavy sedatives was revoked and has remained so to this day.