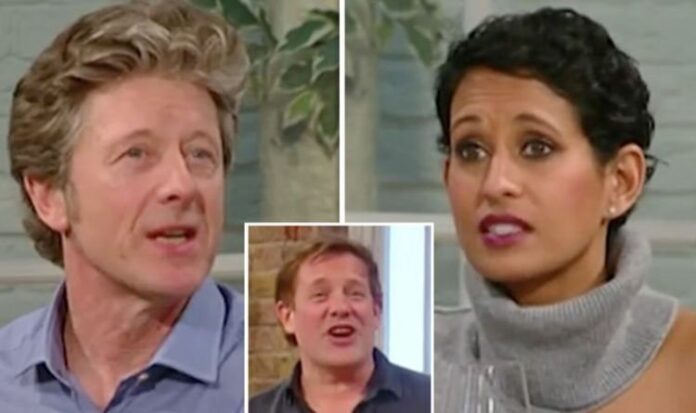 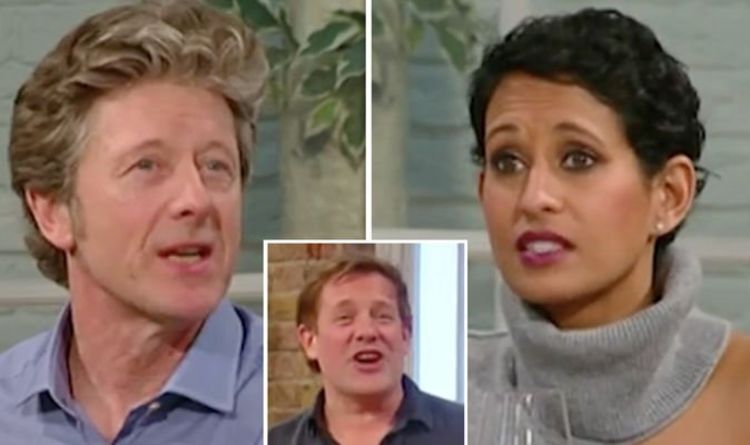 Saturday Kitchen viewers lodged over 700 complaints after watching Naga Munchetty and Charlie Stayt on the BBC show. The BBC Breakfast presenters were criticised for being “rude” and “obnoxious” to the host of the cooking show Matt Tebbutt who struggled to regain control when the pair seemed to “take over” from him.

On 20 February, Charlie and Naga threw Saturday Kitchen into chaos and viewers were less than impressed with their antics.

The BBC show originally racked up over 100 formal complaints but this number has since ballooned to 704.

The broadcaster lists complaints in its forthright report if more than 100 have been received for a particular show.

Naga and Charlie were accused of trying to “take over” from Matt and viewers “felt the guest were rude to the programme’s presenter.”

The BBC previously issued a statement after the initial backlash, which read: “Saturday Kitchen Live’s format allows for an informal chatty style and the guests are encouraged to feel relaxed in the studio…

“Some viewers found the behaviour and comments of the guests this week to be inappropriate and that they were rude to presenter Matt.

“We appreciate the feedback and we shared it with the Saturday Kitchen team.”

During their appearance, the BBC Breakfast presenters joked guest chef Yotam Ottolenghi should take over because he was a “proper” chef.

“For everyone who has turned off from the news and kind of wanted a bit of relaxation, don’t tune in to Saturday Kitchen, it’s just not worth it. Yotam is going to take over and then it will be loads better.”

The presenting-duo then took Matt’s cards from him and began mocking him by asking each other questions.

Charlie read: “Question one on Matt’s list right, Naga, you always put me on edge, ‘Charlie, how do you cope with that?’”

“How do you cope with me putting Matt on edge?” Naga commented. “That’s a smart question.”

Charlie continued: “Do you want to hear the second question? He’s worked hard on these. ‘How do you switch off? And, do you ignore the news when you’re not working?’”

“They’re telling me I’ve got a minute, can we finish early?” Matt pleaded. “This has never happened before.”

Infuriated BBC viewers took to Twitter to comment as one wrote: “Can someone tell Naga and Charlie they’re not presenting? Constant interruptions. I think Matt deserves a medal for the way he is handling their rudeness.”

“I’d love to see how the breakfast hosts would deal with equally obnoxious guests,” another said.

Saturday Kitchen airs on BBC One on Saturdays at 10am. BBC Breakfast airs daily on BBC One at 6am.