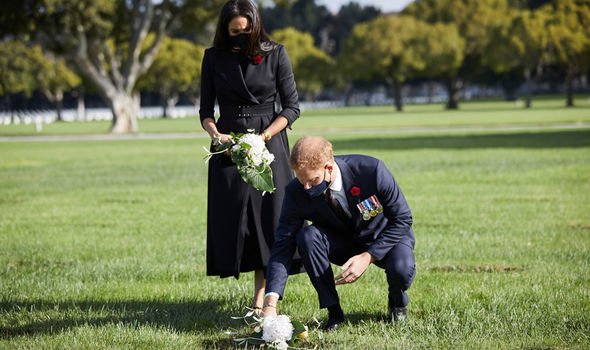 The US talk show star has attracted renewed interest after announcing she has interviewed Meghan Markle and Prince Harry. She warned “no subject” would be “off-limits” in a teaser trailer ahead of the show’s debut this weekend. Oprah has been a firm fixture of TV in the US and has previously interviewed Sarah Ferguson, killers and bickering families.

But Oprah has also flirted with being a film actress and starred in more than 15 films during her near-four-decade-long career in show business.

She surprised audiences with her powerful performance as Sofia in her first movie, Steven Spielberg’s 1985 hit The Colour Purple.

The portrayal of Sofia earned her an Academy Award, now the Oscars, nomination for Best Supporting Actress.

The film was listed for 11 Academy Awards in total and four Golden Globes, of which Whoopi Goldberg won Best Actress in a Drama.

Oprah Winfrey revealed that Steven Spielberg was furious with her for making a mistake during a film (Image: GETTY)

Despite receiving critical acclaim, Oprah revealed it was not an easy task for her to navigate from the world of TV to acting.

She recalled landing in hot water during her first day of filming during a 2013 interview with Larry King.

Oprah’s debut was filmed as “the first shot of the first day”, and before the role she had “never even been on a universal tour”.

The star detailed how when she went on set she automatically started looking for the camera, something she would always do in her role as a TV host.

She said: “I had no idea how a movie worked.

JUST IN: Sarah Ferguson ‘had to make a living’ when she appeared on Oprah

Meghan Markle and Prince Harry’s interview with Oprah Winfrey will air in the UK on Monday (Image: GETTY)

“I walked into the duke joint… and I’m looking for the camera because I have been a student of television my whole life.

Oprah said her first attempt did not go down well and recalled: “Spielberg yelling, ‘Cut, cut!’”

She claimed Spielberg then vented: “What is she doing? Oh my God!”

At this point, Oprah was “terrified” and the director approached her.

She recalled: “Steven comes and he says, ‘What are you doing?’

Spielberg fired back: “Well, why are you looking in the camera?

Oprah replied: “Well, aren’t I supposed to look in the camera?”

Mimicking Spielberg’s frustration as she reenacted the interaction, Oprah raised her tone and said: “You’re supposed to look at Miss Celie!

GMB: Expert on timing of Meghan and Harry’s Oprah interview

“Because that is who are you are talking to!”

Oprah confessed: “So that is how little I knew about making movies!”

She went on to star in Beloved, The Princess And The Frog, The Butler, Selma, A Wrinkle In Time and others.

Oprah hired legendary acting coach Susan Batson who had “worked with a lot of the greats”.

She “begged” the teacher to do a few sessions with her because she was “so worried” about not being “able to cry on cue”.

Despite her difficulties, Oprah described being “so excited” to be in The Colour Purple.

She “went to set every day” of filming, even if she “didn’t have a role to play”.

Oprah became emotional while watching the scenes unfold and when Spielberg noticed, he asked her to film an impromptu scene.

She recalled: “I was there watching and crying, just as if you were in the background

“‘I’m going to turn the camera around this afternoon and I want you to do just that’.

Oprah Winfrey had a sit down for ‘no subject… off limits’ chat with Prince Harry and Meghan Markle (Image: GETTY)

“I didn’t know how to ‘do that’, I did not have the skill – the technical skill – to do that on cue.

“There was a moment where he and Alan Daviau, the cinematographer, were rolling the camera.

“The camera is on me and I’m supposed to be crying, but I couldn’t do it, so all-night-long I cried because I couldn’t cry.”

Oprah With Meghan And Harry: A CBS Primetime Special will air on Sunday, March 7, in the US and at 8pm Monday on ITV.