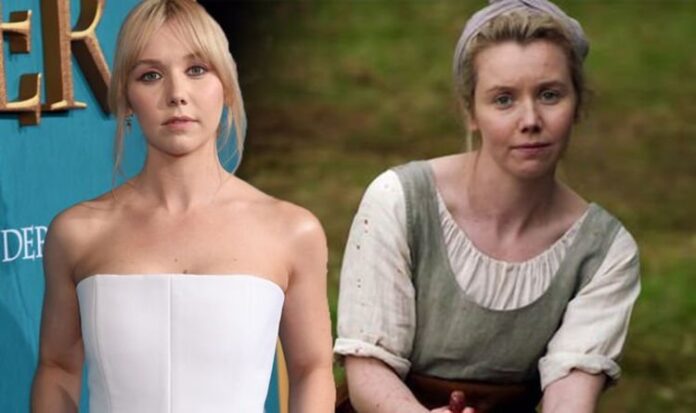 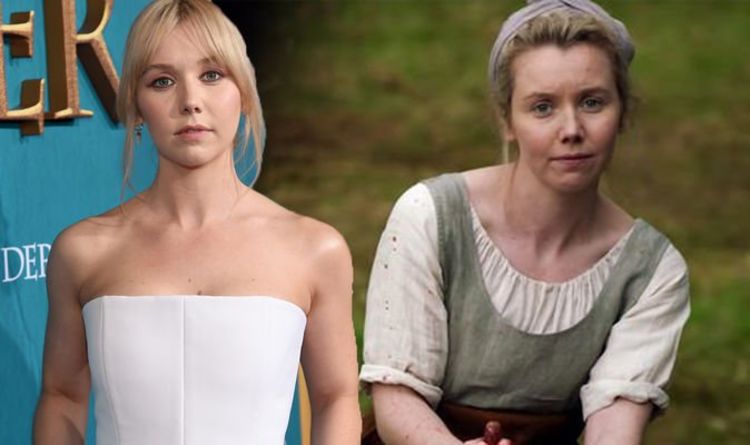 The fifth season of Outlander saw Claire Fraser (played by Caitriona Balfe) enlist Marsali as her surgical apprentice. While initially reluctant, Marsali has learnt a great deal under Claire and has even begun to accept her as a mother-like figure. Reflecting on the fifth season, Lauren detailed the challenges of playing Marsali, who was pregnant throughout the whole series.

Marsali and Claire’s daughter Brianna (Sophie Skelton) have grown closer, especially as both are young mothers.

The pair both have their hands full as mothers but Marsali also committed murder as she killed Lionel Brown (Ned Dennehy).

Lionel and his men attacked Claire in the season five finale and Marsali quickly took revenge.

However, being part of the Fraser family isn’t always easy when you spend most of the time pregnant.

Lauren went on to tell Collider she believes Marsal has “really found her place” and “an essential member” of the Fraser family.

The actress explained season five was “easily the best season that I’ve ever done”.

Part of preparing for her role as Claire’s apprentice involved her learning to butcher animals.

“I had skilled people who are surgeons and professional butchers coming in to teach me how to cut up and filet and crack bones in all the correct ways and treat these animals with respect and make sure that it’s done properly so that when we shoot this sort of stuff, it’s not just like willy-nilly,” she recalled.