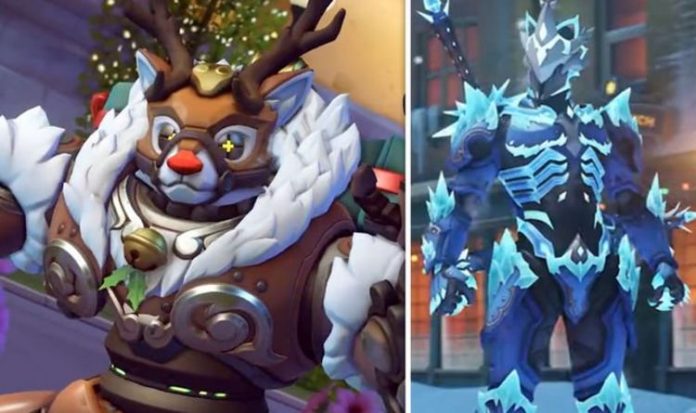 After a short delay, the Overwatch Winter Wonderland event is finally here.

Launching just in time for Christmas, the Winter Wonderland event has a December 16 launch date and a 6pm GMT release time.

It was originally scheduled to launch on December 14, but was delayed after a last-minute setback.

“Because of unforeseen circumstances, we needed to push the start of the event back by just a few days,” reads a Blizzard post.

“Personal opinion, but the art team really sleighed it with this year’s Legendary skins.”

With the problem now fixed, Blizzard has given fans a look at some of the new skins coming to Overwatch.

As you can see from the tweets below, new Winter Wonderland skins include Ice Wraith Genji, Reindeer Orisa and Sleighing D.Va.

There’s a chance more skins will be unveiled ahead of the event, so keep checking back for all of the latest updates.

You can also purchase previous Overwatch Winter Wonderland skins, and at discounted rates.

Speaking of new skins and festive items, don’t be surprised if Blizzard adds a special questline to the event, complete with exclusive rewards.

In addition to seasonal skins, blizzard will also bring back some of the classic bonus game modes.

Mei’s Snowball Offensive is an old-favourite in which teams of six compete in a highly-charged snowball fight.

“Team up to ice over your enemies! In this 6v6 brawl, everyone plays as Mei, and her endothermic blaster has been modified to fire a single, super-powered snowball.

“Taking down an enemy only requires one hit, but a miss can be costly!”

Blizzard explains more: “Get ready to freeze your foes in this brand-new 4v4 brawl!

“Instead of dying, players will be frozen solid in blocks of ice that their teammates can thaw.

“Freeze everyone on the enemy team to secure a win, but watch out—a defrosted foe might turn the tables and put you on ice instead. Earn new achievements and unlock unique sprays for proving your worth in the frosty fray!”

Yeti Hunter, meanwhile, is a unique game mode in which teams of five battle a player-controlled Yeti.