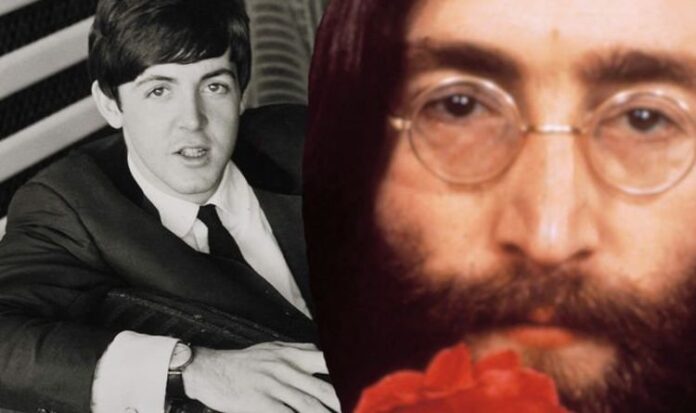 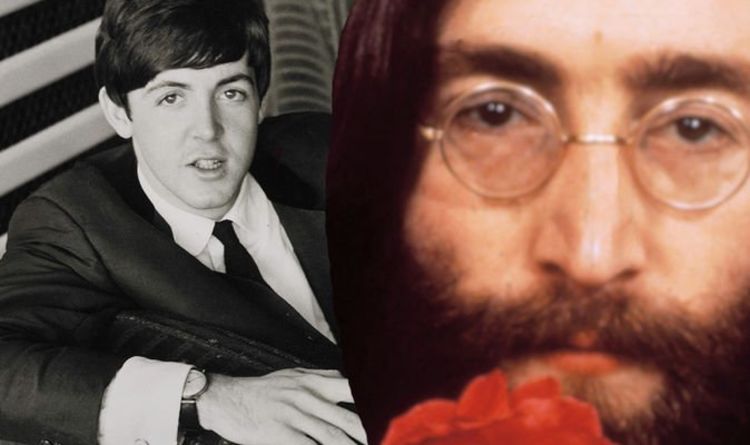 Sir Paul McCartney has written many songs over the years, as a solo artist and as a member of The Beatles and Wings. However, one particular songwriting credit has been known to get his back up: Lennon-McCartney. Sir Paul has spoken out about his feelings on it before – but why is John’s name first?

John Lennon, his co-songwriter, did exactly the same, and fans of The Beatles have often pored over the songs to work out who wrote what.

Examples of some of John’s songs are I Am the Walrus and Strawberry Fields Forever, which Sir Paul had very little to do with.

In contrast, tunes like Blackbird and Yesterday were written solely by Sir Paul, though with all their songs, it is likely advice was taken from the other songwriter to get the final version just right.

“‘Ok, next thing is we’re going to credit things Lennon-McCartney.’

“And I said, ‘Well what about McCartney-Lennon?’ And they said, ‘Well, yeah, we can do that sometimes and we can switch it around.’”

For Sir Paul, this was a decent compromise and he admitted on some of the early records, the songwriting credit was switched so his name would go first.

He also said the Lennon-McCartney credit ‘sounded good,’ so he was happy for it to be that way.

However, it came later when Sir Paul claimed the credit was slightly altered, meaning his name would not always fit.

He continued: “What happened though, later, we were doing The Beatles Anthology which was us putting together all our memories and records.

“There was a booklet which came in the CD and now they were crediting all the songs with ‘by John Lennon and Paul McCartney.’

“I thought, ‘That’s ok. I’d rather have Lennon-McCartney as that’s the sort of brand,’ but what happened was leafing through the booklet and there’s the song Yesterday, the lyrics.

“That was a song which I wrote totally on my own, I actually recorded it, I’m the only person on the record besides the string quartet so I felt, ‘Here’s a time when we should put ‘Yesterday by Paul McCartney and John Lennon.’”

For Sir Paul, the new way of writing their names, with their full names written, for him suggested John’s name should be after his for songs which were written solely by him, and vice versa on John’s songs.

He added: “I asked if that was possible and I was voted down, and I thought this is actually crazy because you’ve got a song like Blackbird, that is like totally me, and it’s credited to John Lennon and Paul McCartney.”

He told stories of when a poetry book of his lyrics was released, which had John Lennon head of him with the lyrics to Blackbird, and another instance when Blackbird was included in a musician’s songbook, and his name had been cut off altogether.

He added: “I’ve said on a number of occasions: on the songs which are clearly John’s, if you’re going to separate the names up, to be John Lennon and Paul McCartney.

“If the songs are clearly mine like Yesterday, Long and Winding Road, Blackbird, and that John admitted are mine, it might be a good idea to put my name first…

“So this song would be like, Blackbird, by John Lennon and P…, because there was no room for my name.

“So it was by John Lennon. And I was going, ‘That is a good argument for sticking my name first on those songs.”

In the early 2000s, Sir Paul entered into a dispute with Yoko Ono over the songwriting credit, who inherited John’s wealth and certain musical rights along with his son Sean.

However, Sir Paul relented and the credit has remained as it was.

Paul McCartney: Why is John Lennon’s name first in Lennon-McCartney? ‘Not fair’