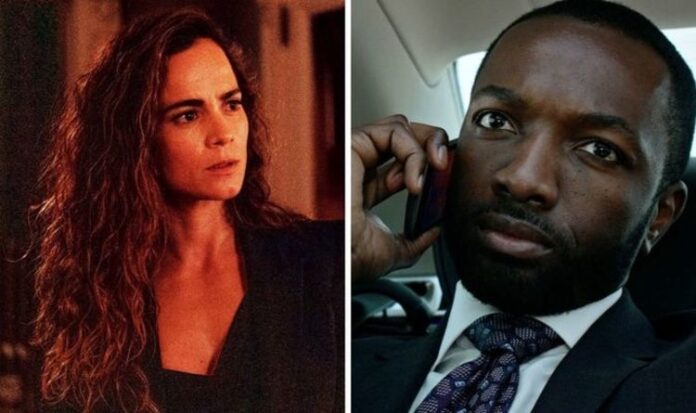 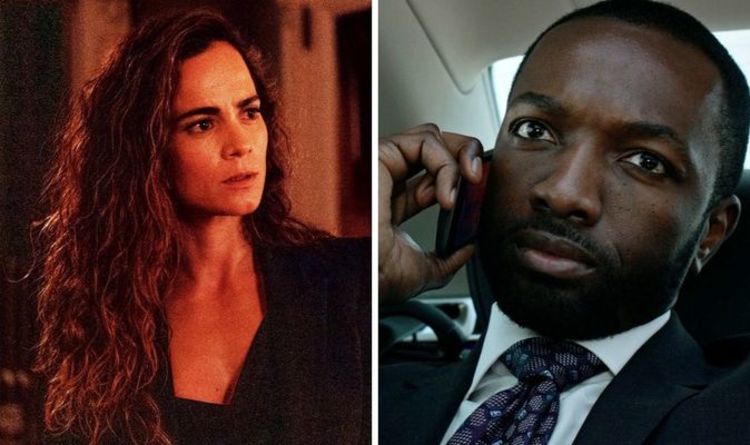 The fifth season of Queen of the South is bringing an end to the rise and fall of drug lord Teresa Mendoza (played by Alice Braga). With just five episodes of the popular USA Network series to go, one major player from previous instalments is still conspicuously absent. Some clues from the cast on Instagram may have backed up a convincing fan theory.

Fans are predicting CIA contractor Devon Finch (Jamie Hector) will play a significant role in the final episodes of Queen of the South.

With just half of the popular crime drama’s final instalment left to go, fans are desperately predicting how the series will end for Queenpin Teresa Mendoza as she slowly starts to lose her grip on her empire.

READ MORE: Who is Alfonso Herrera in Ozark? Meet the Queen of the South star

However, key recurring player Devon Finch has yet to appear despite his close ties with James Valdez (Peter Gadiot).

Finch hasn’t been part of the series since James sacrificed himself to the CIA at the end of the third season.

But, after taking a look at series regular Jamie Hector’s Instagram page, fans have seemed to confirm he’ll be making an appearance in the final three episodes of the new season.

Additionally, Hector has confirmed his involvement with Queen of the South season five with some behind-the-scenes snaps with Braga and Gadiot on his Instagram page.

Thanks to their close partnership, and the fact James has begun to question how much he trusts Teresa, it was previously speculated the pair could work together to take down Teresa.

Viewers are already bracing themselves for Teresa’s demise following the explosive prologue at the very start of the first season.

Alternatively, other fans are still holding out hope for a happy ending for Teresa and James, and Finch could be instrumental in achieving that.

One user commented: “I think it’s expected that he will be a threat, so it wouldn’t surprise me if he does turn out to be an ally.”

While a second fan added: “I think Devon with the help of James, will help Teresa fake her death and go into witness protection with James.”

As Teresa continues to get even more in over her head, the ruthless drug lord may eventually start looking for a way out.

Plus, with a new baby on the way, it may soon be time for the Familia to cut their ties with the drug world and start a new, safer life together.

Queen of the South season 5 continues Wednesday, May 12 on the USA Network.