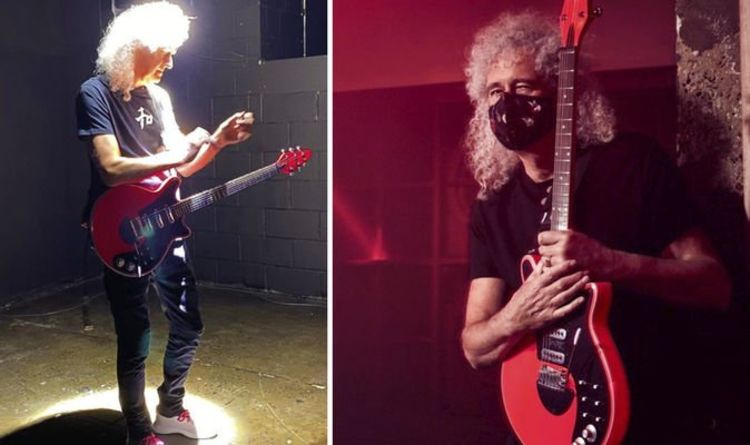 Queen’s Brian May debuts NEW music: ‘This track kicks so much a** with lots more to come!’

The short clip starts with an epic guitar solo before a female voice bursts in with some incredible rock-fused runs.

Any of the women featured could be singing since they are all major West End stars.

One is Brian’s long-term collaborator Kerri Ellis. The West End musicals star has recorded numerous times with the Queen guitarist over the years.

Another is the “wonderful Mazz Murray.” This leading lady played the original Killer Queen in We Will Rock You. She has also had starring roles in Mamma Mia and Chicago.

LISTEN TO THE NEW TRACK BELOW