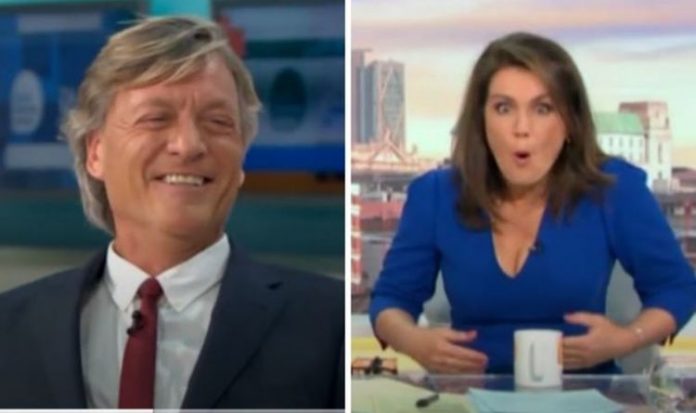 When Richard revealed he’d bought a stunning ring for his anniversary to wife Judy, the team were keen to hear how much he paid.

Entertainment reporter Richard Arnold asked: “How much was the ring you bought Judy?”

Richard replied: “It was our 35th wedding anniversary while I was in the castle, I left her with an emerald ring, so there.”

Susanna probed: “How much was the ring though?”