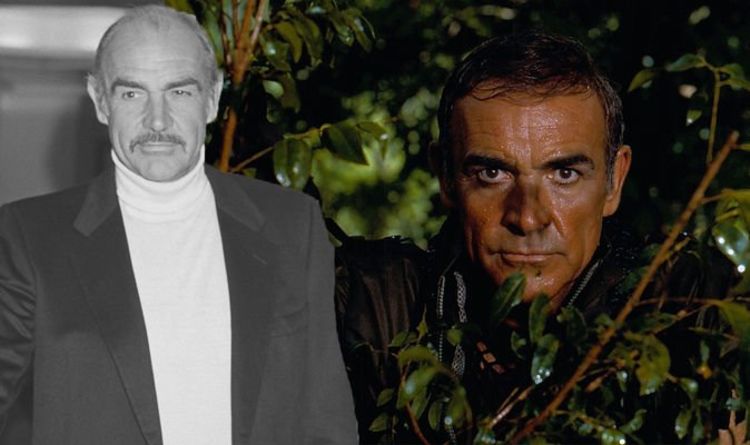 James Bond is the most iconic British cinematic character of all time, kickstarted in 1962 with Dr. No, with Sean Connery at the helm. This weekend it was announced Connery passed away in his sleep at the age of 90. Since Dr. No, over the course of the last 60 years, 007 has starred in over 20 films from production company EON – including some unbelievable successes as Moonraker, You Only Live Twice, and Goldfinger.

The 1980 in particular were a golden period for the character, as Roger Moore starred in seven films over the the course of ten years.

However EON weren’t the only company releasing James Bond films at the time.

Although Sean Connery was the original James Bond, and had already played as the man of mystery six times, he was tempted back onto screen one more time.

After starring in Diamonds Are Forever in 1971, Connery vowed to never take on the role again.

READ MORE: James Bond: Why was Sean Connery FORCED to return to 007?

But in 1983 Taliafilm released a movie separate from the ongoing James Bond Universe.

Never Say Never Again starred Sean Connery for the seventh and final time, and was an exceptional success.

On a relatively small budget of $36 million, Never Say Never Again made an incredible $160 million.

Adapting Ian Fleming’s spy novel Thunderball, the film saw an ageing Bond returning to action to investigate the theft of some nuclear weapons.

At this point Connery had been away from the role for 12 years, and had infamously left the role once in 1967, only to return four years later.

On saying no to subsequent films, Connery explained: “To say no to all that wasn’t that difficult to me because I wanted to do different things.

“To say yes to [Never Say Never Again] wasn’t as definite. It came out of a series of situations … my wife had said why don’t you do it again?

“I thought about it and it didn’t seem like such a crazy idea.”

On why he preferred his new film at the time to the ongoing Roger Moore series of spy movies, Connery laughed: “I prefer the story – the detective story.

“Getting good actors in all the parts across the board, and getting a more substantial type of film.”

“I just hope I’ll do everything to support this picture. I hope [the film is] enjoyed and seen by many.”

‘Freddie Mercury said he didn’t want to be old in a...