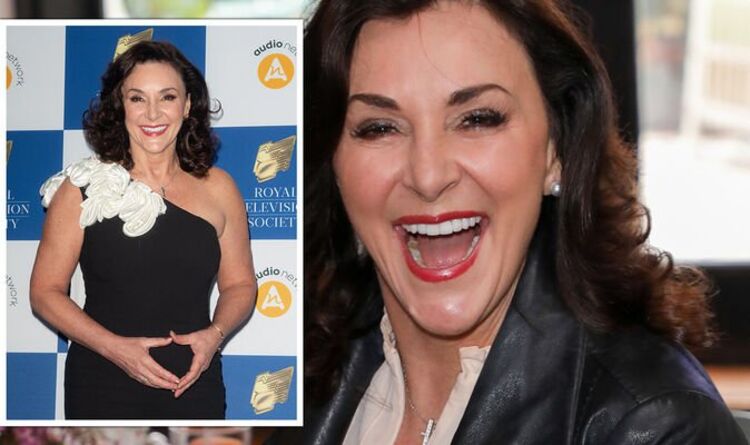 Strictly Come Dancing‘s head judge Shirley Ballas will be returning to critique a fresh line-up of celebrities when they take to the ballroom for the 20th series of the BBC competition later this year. While the show takes up a significant part of Shirley’s calendar during the winter months, the star still makes the time to work on other “exciting” projects away from the ballroom. Shirley recently spoke to Express.co.uk about her penchant for writing crime novels.

Appearing at the Royal Television Society Awards, in London, the 61-year-old opened up on what she has been working on since Strictly Come Dancing 2021 finished.

The former ballroom dancer explained: “I am actually writing two cosy crime novels so I have been having all the meetings and it is going to be loosely based on my industry.”

She teased: “Of course, I’ll be burying people under the patio.”

“I am very excited about doing something away from glitz and glamour,” Shirley revealed.

The star explained she enjoys the whole writing process and described herself as having a “vivid imagination” which comes in useful when penning novels.

“I can come up with all sorts of stories that I couldn’t write in my autobiography, so I’m excited to be able to share those stories because they’ll be very close to the truth, I assure you,” she added.

Shirley said she was “excited to share” the novels with fans but could not reveal many more details during the red carpet event.

She will be making her debut in the world of fiction following her 2020 autobiography, Behind The Sequins: My Life.

“I think we had a fantastic final with a unique winner and I think there was something for everyone.

“You have to watch out for this year as it’s going to be even stronger.

While the celebrity contestants have not yet been announced, the BBC has confirmed which professional dancers will star in the milestone series.