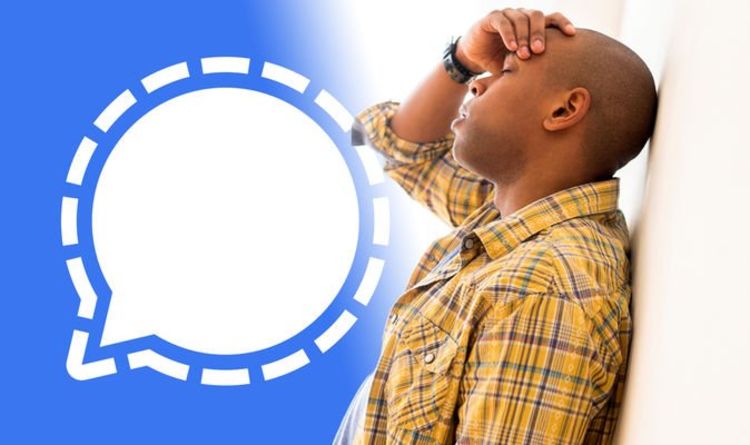 Secure messaging app Signal has recovered from an outage that left users unable to send or receive messages for over a day this weekend. The sign-in system also struggled to keep up with an influx of new users, likely caused by concerns over a mandatory new privacy policy rolled out by Facebook-owned messaging app, WhatsApp.

Signal, which is run by a nonprofit and relies solely on donations to keep its business afloat, says it has “expanded capacity” to deal with the sudden surge in new users.

Unfortunately, the secure platform hasn’t revealed exactly how many new users have joined the service in recent days, however, the messaging service has rocketed up the most-downloaded charts on the Google Play Store and Apple App Store. Speaking to the New York Times, monitoring firm AppTopia claimed that Signal added 1.3 million new users on January 11 alone. Signal only needs a few more days like that and it could quickly double the 20 million active users it counted as of December 2020.

And the outage over the weekend seems to prove that Signal’s popularity hasn’t faded quite yet. In recent days, SpaceX and Tesla CEO Elon Musk has implored his millions of followers to download Signal – a message that was also echoed by NSA whistleblower Edward Snowden.

The influx in new users seems to have been caused by WhatsApp pushing an in-app notification to users to prompt them to sign-up to its new privacy policy. The Facebook-owned firm had told users they’d no longer be able to use the chat app from next month if they failed to agree to the new terms. However, by the end of the week, WhatsApp has pushed this deadline back by three months to try to quell fears that users were being pushed into agreeing to the small-print.

If the reports are accurate and millions of users are fleeing WhatsApp (privacy-focused messaging app Telegram has claimed that it added 25 million new users to its ranks in three days this month), it’s not difficult to understand why parent company Facebook is concerned. This recent surge in popularity for rival messengers has arguably been driven – in part – by reports that WhatsApp’s new privacy policy means users’ text messages and photos will be visible to Facebook, something the firm has vehemently denied.

Instead, the changes to the privacy policy, which will impact more than two billion users worldwide, will allow more data to be shared with Facebook when users message a business or enterprise account within WhatsApp. The chat app has long tried to monetise its business by pushing companies to communicate to customers using WhatsApp as it’s more familiar than online chat windows with customer service representatives. It also has more functionality built-in, including the ability to send photos, videos, documents and more.

Since messaging a business account within WhatsApp is completely optional, WhatsApp states that users won’t see any impact from the new privacy policy unless they start a chat with a company.

WhatsApp users in Europe and the UK won’t see any changes (although they will still need to agree to an updated privacy policy) thanks to the tougher data protection rules in the European Union that the United States. However, it’s worth noting that Facebook is already able to see some data from WhatsApp users.

For example, when registering for a WhatsApp account, your mobile phone number is sent to the parent company. Facebook is also able to see your mobile device information, including the brand and model of device that you’re using to access WhatsApp.

If you’re interested in some of the alternative chat apps out there, Express.co.uk has a comprehensive guide to the best chat apps to use instead of WhatsApp.

So many worried WhatsApp users are leaving the app, it’s causing problems for rival Signal

Amazon Christmas delivery date 2021: When is last day YOU can...

If you’re using ANY of these words in your passwords –...