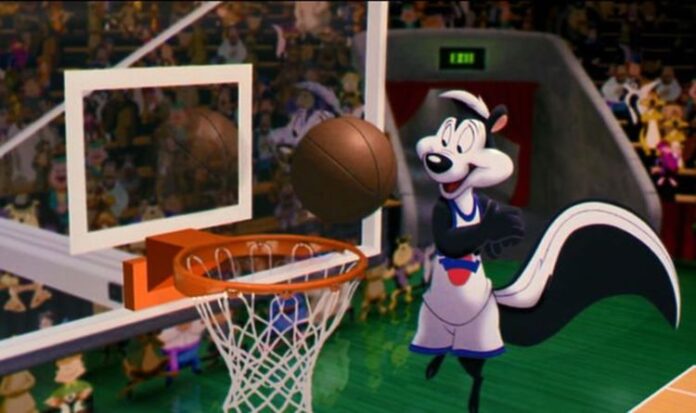 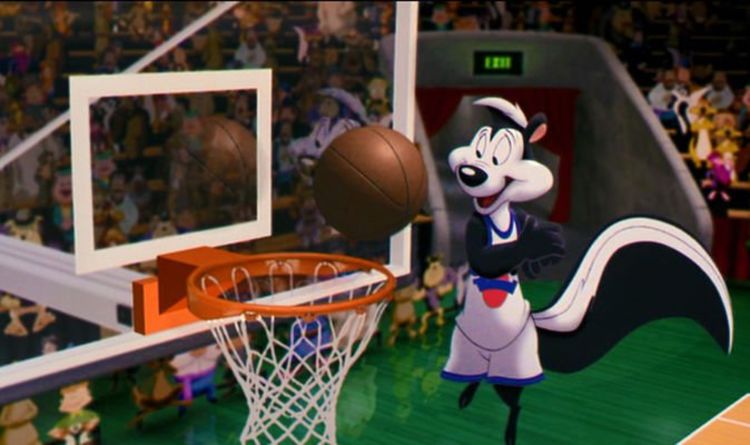 The sexually aggressive skunk, Pepe Le Pew, was one of Warner Bros’ most recognisable characters in the Looney Tunes franchise. Most recently the character appeared on the silver screen in the original Space Jam movie in 1997 and the 2003 movie Looney Tunes: Back in Action. The French skunk was originally supposed to be in Space Jam 2: A New Legacy in a scene with actor Greice Santo, who was going to be sexually harassed by the character before hitting him.

According to Deadline, Pepe was an integral part of the movie because he knew the whereabouts of Lola Bunny. The film’s lead, LeBron James, paid Pepe a visit with Bug Bunny for the information.

The publication detailed the scene saying: “Pepe was set to appear in a black-and-white Casablanca-like Rick’s Cafe sequence.

“Pepe, playing a bartender, starts hitting on a woman at the bar played by Santo. He begins kissing her arm, which she pulls back, then [slams] Pepe into the chair next to hers.

“She then pours her drink on Pepe, and slaps him hard, sending him spinning in a stool, which is then stopped by LeBron James’ hand.”

Pepe would then tell LeBron and Bugs Bunny that Penelope Cat – his reluctant love interest from the cartoon series – had filed a “restraining order” against him.

The report added: “[LeBron] James makes a remark in the script that Pepe can’t grab other Tunes without their consent.”

Pepe Le Pew’s return to screen follows the #MeToo push in Hollywood which started in 2006. The movement included a collection of actresses speaking up about the injustices they had experienced over the years in the film industry.

The spokesperson continued: “Even though Pepe is a cartoon character, if anyone was going to slap a sexual harasser like him, Greice wished it would be her.

“Now the scene is cut, and she doesn’t have that power to influence the world through younger generations who’ll be watching Space Jam 2, to let younger girls and younger boys know that Pepe’s behaviour is unacceptable.”

Santo previously spoke up about her own experiences with sexual harassment and encouraged other actors to join her in condemning it.

The animated character’s curves had been flattened and was shown wearing baggier clothes.

Lola Bunny was originally drawn in a sexualised manner by the Space Jam animators to avoid her looking like a “tomboy”.

Animator Tony Cervon commented in 1997: “We kind of pumped her up more in the feminine attributes department.”

Director of Space Jam 2, Lee, commented on the redesign, saying: “This is 2021. It’s important to reflect the authenticity of strong, capable female characters.”