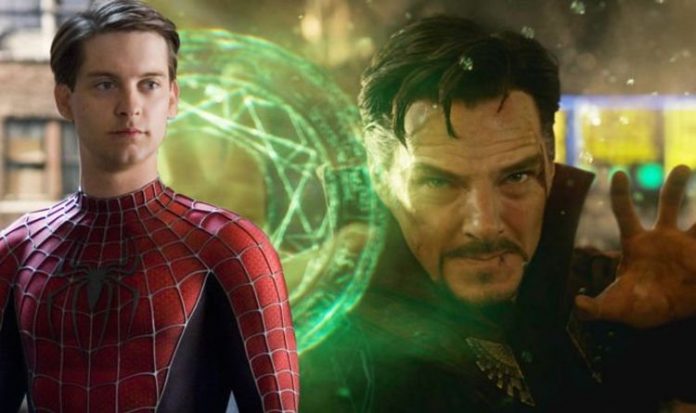 Spider-Man 3: Tobey Maguire ‘has signed up for Doctor Strange 2’ after Spider-Verse movie 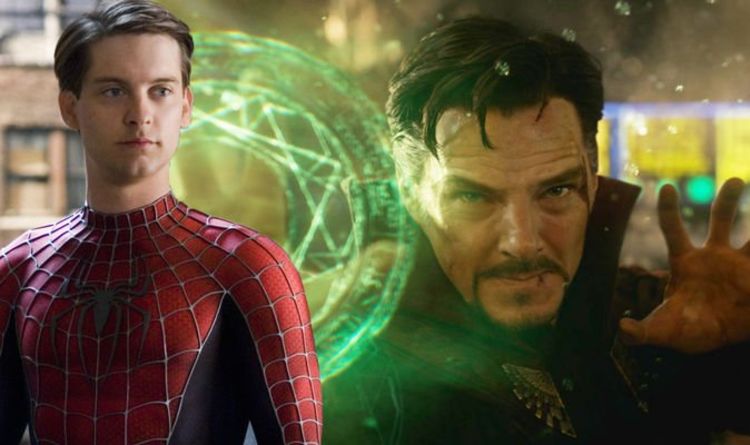 Tom Holland has been making waves in the ongoing Marvel Cinematic Universe since 2016. His arrival in Captain America: Civil War changed the landscape for the franchise, and his first solo outing in Spider-Man: Homecoming was a blockbuster hit, garnering an incredible $880 million at the box office. His follow up film, Spider-Man: Far From Home managed to bring in an incredible $1.32 billion, cementing his spot in the ongoing cinematic universe. Spider-Man 3 has even bigger targets to beat, as this year rumours arrived online surrounding who will be joining Holland in the film.

It was suggested earlier this year that Holland’s third film would kickstart a live-action Spider-Verse franchise.

The reports said Holland would be fighting alongside former Spider-Man actors Tobey Maguire and Andrew Garfield.

While this is exceptionally exciting news for fans of the character, the latest reports have also claimed Maguire will be sticking around after the credits roll in Spider-Man 3.

An industry insider recently tweeted that Maguire’s deal involved him being included in two films.

They explained this second film would most likely be Doctor Strange 2: The Multiverse of Madness.

Disney have not given any details on The Multiverse of Madness just yet, but from the title alone, it would make sense for Maguire’s Peter Parker – a Spider-Man in the wrong universe – to be involved in some way.

The industry insider’s tweet read: “As for Spider-Man 3, I can’t CONFIRM any deals are signed but the LATEST I heard from my sources was Tobey Maguire two movies.

“Presumably, that means he’ll also be in Doctor Strange 2, and Andrew Garfield just the one.”

According to reports at the time, Sony were focussing more on creating a franchise behind the film, rather than the characters within it – apparently frustrating Garfield.

A Disney insider recently said because of these frustrations, Garfield was “unsure” about returning to play the web head once again.

The source wrote: “[Garfield] is hesitant about coming back because of the way Sony treated him on TASM, as was mentioned in the Sony leaked emails years ago.”

Unfortunately, neither Garfield nor Maguire have officially been confirmed just yet, despite multiple sources reporting the same thing.

It does seem as if Garfield’s on-screen foe Jamie Foxx will be making a return as Electro, however.

The star recently posted an image of three Spider-Men facing off against the electricity-fuelled enemy.

The now-deleted image was captioned: “Tell Spidey let’s run it back!… super excited to part of the new Marvel Spider-Man new instalment… can’t wait for y’all to check the new one. And I won’t be blue in this one!! But a thousand percent bad**s!!!” (sic)