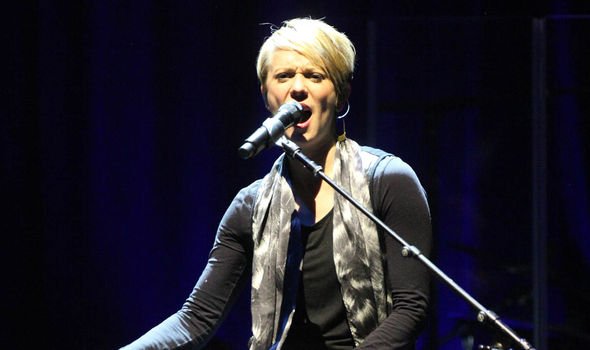 Sting has embraced the world, working with artists from around the globe (Image: Getty)

Back then Sting had no idea how great his escape would be. Now he embraces the world – not just geographically with homes in Tuscany, Manhattan and Wiltshire, but musically too. His new album of classy collaborations, Duets, includes a host of acclaimed international artists. Escape happened dramatically for young English teacher Gordon Sumner when, in January 1977, he bundled his first wife and six-week-old son into a Morris Minor and fled to London to pursue his dream. He was singer and bass-player with Newcastle-based jazz-rock band Last Exit. A chance meeting with drummer Stewart Copeland changed the jobless 25-year-old’s life.

With Andy Summers on guitar, they became The Police, taking new wave energy and welding it to reggae – “a much more sophisticated and seductive thing”.

Over five years they conquered the world with hit singles, platinum-selling albums and global tours.

Sting’s chiselled cheekbones adorned hundreds of magazines, but he was never a standard pop star. His heroes were Sinatra, Gershwin, Hendrix, Eisler and jazz musicians like Gil Evans.

For decades now he’s worked with an eclectic range of stars including soul legend Sam Moore, Annie Lennox and Shaggy – all featured on Duets. The compilation took so long in coming it could almost be called tantric.

It opens with Little Something, co-written by his guitarist Dominic Miller, and co-starring Melody Gardot “a wonderful American jazz singer,” says Sting, 69. “I’ve been a fan for a long time. We were in different counties in different studios, so it was very much a pandemic relationship.

“We met when we made a video and we had a great rapport. We had a joke telling competition which she won – I won’t tell you the joke but it’s a lovely song. I love it.”

It’s Probably Me was co-written with Eric Clapton for 1987’s Lethal Weapon film.

Then comes Stolen Car with Quebec-born French star Mylène Farmer. “I met the mysterious Mylène a few years ago,” Sting recalls. “She asked if I had any songs we could record together.

“I’d written this strange song about a psychic car thief who, when he steals a car, can channel the story of the family who own it.

“The husband is having an affair and the wife suspects. So Mylène and I made a very sexy video in Paris, I played the thief and she played the wife. It was Number One in France.”

Desert Rose with Algerian musician Cheb Mami was another huge hit, written as a homage to the North African music Sting had heard in Parisian clubs. In 1999 he met Cheb “who has a beautiful, very strange and unique voice; Desert Rose was one of the biggest hits of the year. It was a hit in Arab countries, it was a hit in Israel, it crossed borders.”

Sting’s lyrics were about longing and spirituality. He asked Cheb to write some words in Arabic and the music inspired him to come up with the same concept independently. “His lyrics had the same meaning,” he says. “Music translates beyond language, beyond culture.”

Rise & Fall by Craig David was based on Sting’s Shape of My Heart. “I’m always happy when a song is used as a template for other creative explorations,” he says.

Don’t Make Me Wait in LA with Shaggy launched the odd couple’s long friendship. Sting describes the reggae star as “a kindred spirit…I love his company, he makes me laugh, I even make him laugh! It’s a bromance, yeah, I’m not ashamed of that.”

Whenever I Say Your Name was based on a Bach prelude. He wanted US soul star Mary J. Blige – “a wonderful, unique, powerful singer” for it but feared she wouldn’t turn him down. Instead, “she did a fantastic job,” he says. “It’s one of my favourites.”

Sting met Congolese rapper GIMS at a festival in Cannes. GIMS played him Reste and asked him to sing on it. “I wrote a verse for the middle of the song. His singing was brilliant. He has a fantastic vocal technique.”

He sings We’ll Be Together with Annie Lennox – a friend since 1977. “We both have passions about the world, about human rights, women’s rights, and we toured together a lot.”

In the 90s, they performed the song together every night on tour. Their version ended up on the Bridget Jones Diary soundtrack.

The late French star Charles Aznavour suggested their duet over dinner, but wanted Sting to sing in French. The result was L’Amour C’est Comme Un Jour. “It was an amazing privilege for me. He was an icon and I wanted to pay homage to French culture.”

Sting recorded My Funny Valentine with Herbie Hancock – another old friend. They met when the jazz legend came to Sting’s show with the Blue Turtles in Paris.

“My manager suggested we sang this. We did a lovely version of it, very floaty and free. Herbie’s one of my favourite musicians.”

Fragile is another oft-covered Sting number. “It’s a sad, respectful and reflective song, so when shocking things happen and people need to be soothed, this comes on the radio,” he says. “It happened a lot after 9/11, and after The Bataclan.

He sings Mama with Lybian-born GASHI, a refugee whose mother fled Kosovo for Brooklyn during the Yugoslav wars. There, “he became a rapper, so his story is really the dramatic story of what America is.

“He told me I was one of the inspirations for his wanting to be a musician and asked if I’d sing on the song he’d written. I was honoured to.”

Sting wrote September during the lockdown, “where every day seemed to be the same. I’d forgotten the days of the week, and I was just missing the change of the season.

“September is that desire for seasonal change. The music I wrote sounded Italian, so I called Zucchero who translated the lyrics into Italian.

“He has a great blues voice but when we recorded it he started to sing like Pavarotti. He sounds like a Italian tenor with a vibrato. I was so impressed.”

Sting wrote Practical Arrangement, sung with Australian star Jo Lawry, for his play The Last Ship. “It’s the story of an older man falling in love with a younger woman and him offering a relationship without love as an arrangement and her response to that.

“It’s a very real emotional dialogue between a strong, independent woman and a man who needs companionship.”

Recording None Of Us Are Free with Sam Moore was an honour – “I’ve been a fan since I was 16. Sam & Dave were the epitome of American Soul, something that really inspired me as a young person. When Sam sings, he sings the entire history of his race. The pain, the hurt, the triumph, the joy, the sex…it’s all there in that unique texture.”

The closing duet is In The Wee Small Hours Of The Morning with Chris Botti – the trumpet player Sting fired “to encourage him to fly from the nest and fly solo…now one of the most successful instrumentalists in America.

“This was the first thing we ever recorded together, the song made famous by Frank Sinatra, and it’s beautiful.”

*Duets by Sting is out now.