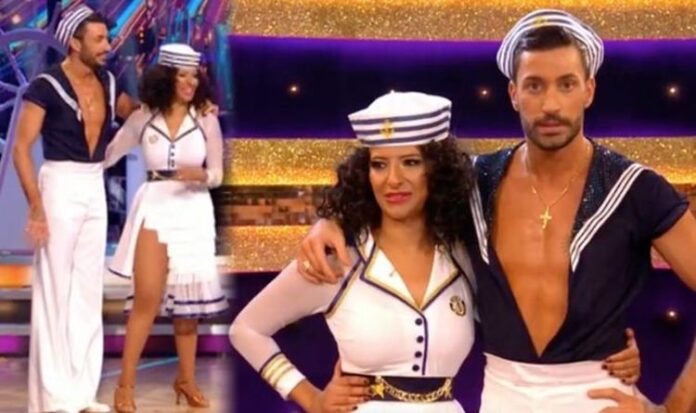 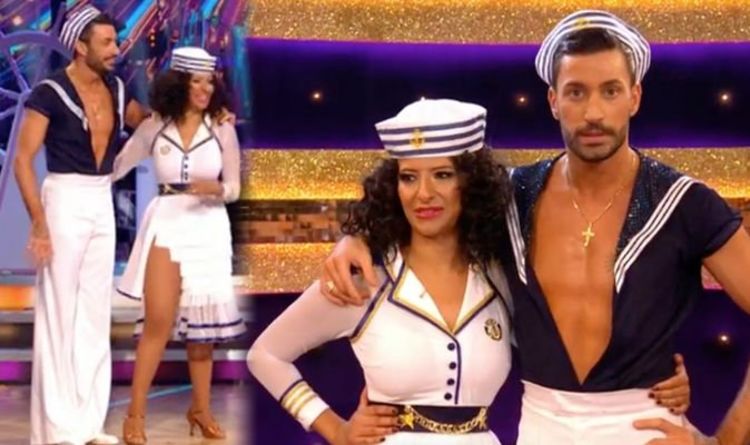 The celebrities have performed two routines for the Strictly Come Dancing semi-final with Ranvir and Giovanni Pernice tackling the Jive and Waltz. The pair took on a sailor-theme for the Jive with Giovanni exposing his chest in a blue shirt slashed to his navel. Fans rushed to Twitter to express their love for his costume with many admitting it left them completely flustered.

“Giovanni as a sailor i am SWEATING #Strictly,” one viewer posted on Twitter.

Another added: “Giovanni in that sailors get up is making me feel a lot of things #strictly.”

A third tweeted: “My god Ranvir and Giovanni are sexy af. #Strictly.”

“Jesus christ I didn’t think i could fancy Giovanni anymore than i already do and then they go and dress him as sailor dancing to candyman #Strictly,” someone else continued.

A fifth added: “Bit distracted by Gio looking like a perfume advert there. #Strictly.”

Another joked: “Might need to rewatch that, I was not prepared for Sailor Giovanni and I got completely flustered at the beginning of that #Strictly.”

While viewers were rather taken with Giovanni’s appearance, the judges weren’t impressed with their Jive.

Despite it being the semi-final, Ranvir and Giovanni were given their lowest score of the series with 18 points.

Speaking ahead of the semi-final, Giovanni opened up on Ranvir’s progress from week one.

“Ranvir really puts the hours in in training, alongside the job that she does, plus she’s a mum, which means she has a big job and a full life,” he told What’s On TV.

“But she’s listened to me and, every week, she’s delivered the best performance she can.

“It’s nice spending time in the training room together because she’s very determined to make sure we deliver a good performance.”

Ranvir said of getting to the final: “Our focus has always just been on the next dance.

“I’m not really looking at the end goal. The ‘end goal’ for me is to do a great performance on Saturday and to give people a great show.

“It’s an enormous privilege to be part of Strictly any year but, even more so, this year.

“You don’t take any time you’re here for granted, so anything is an absolute bonus!”