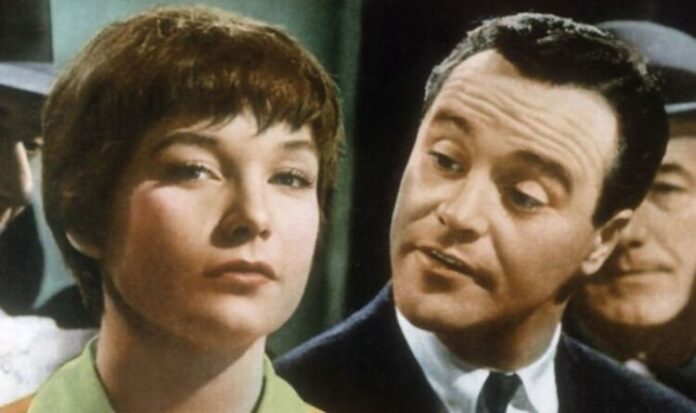 Considered one of the greatest films ever made, 1960’s The Apartment follows Jack Lemmon’s insurance clerk allowing senior co-workers to use his New York apartment for their affairs with the aim of getting promoted. Meanwhile, the lead finds himself attracted to Shirley MacLaine’s elevator operator who he’s unaware is seeing his married boss played by Fred MacMurray. Director Billy Wilder had previously wanted to make the film in the 1940s after seeing Brief Encounter, however, the Hays Production Code prevented storylines about adultery from being made in the US.

Nevertheless, the early 1950s saw a real-life Hollywood scandal end up inspiring Wilder and Some Like It Hot writer IAL Diamond’s script.

Film producer Walter Wanger suspected his wife, actress Joan Bennett, was having an affair in a low-level employee’s apartment with her agent Jennings Lang.

On December 13, 1951, Bennett and Lang were having a meeting to discuss an upcoming TV show.

The actress had parked her Cadillac convertible in the car park of MCA offices just across the street from the Beverly Hills Police Department.

Wanger had driven past at around 2:30pm and noticed his wife’s car parked there, so he decided to wait after noticing it was still there at 3pm.

A few hours later, Bennett and Lang drove into the parking lot and walked over to her convertible.

One bullet hit Lang in his inner thigh and the other struck him right in the groin before the agent slumped to the ground.

In the end, Wanger only served a four-month sentence and soon returned to successful filmmaking, but his wife found herself blacklisted and struggled to find work over the next decade.

Despite the scandal, the couple remained married until they divorced 14 years later in 1965.

When The Apartment was released in 1960, critics were split on the movie’s controversial portrayal of adultery that the scandal had partly inspired.

MacMurray recalled how after the film hit cinemas, he was accosted by women in the street for starring in such a “dirty filthy movie” and one time a lady even smacked the actor with her purse. However, today, the film is often high up in reviewers’ favourites ever.

The Apartment: The Hollywood scandal that inspired Jack Lemmon classic ‘Shot in the balls’