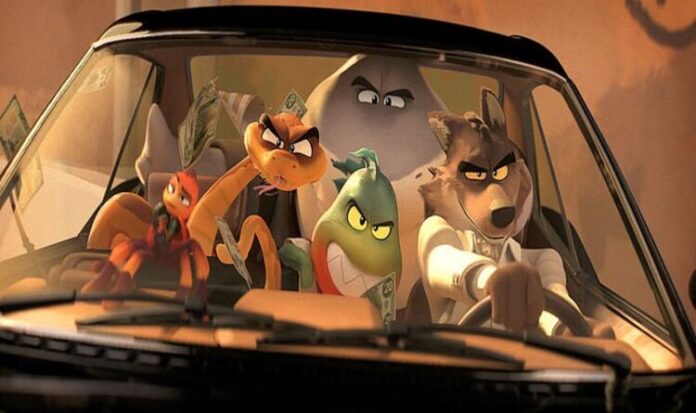 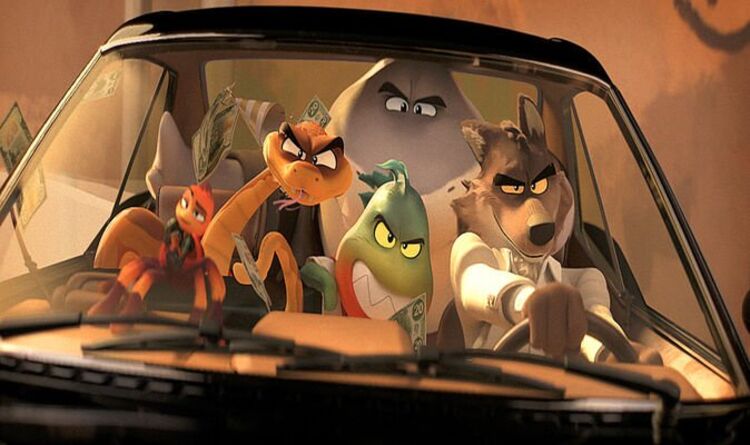 Thankfully, the snappy gags in this fun Dreamworks animation fall comfortably somewhere between the two. Here, Cohen brings slapstick, talking critters and fart jokes to the crime caper as we follow a gang of bank robbers made up of the world’s most disreputable animals.

Opening with a clever scene in a diner with a very 90s Tarantino influence, we’re then introduced to the criminals in the midst of a frantic heist.

Tarantula (Awkwafina) is the tech wizard (she has a keyboard for every arm), manic Piranha (Anthony Ramos) provides the muscles and flatulence, and lumbering Shark (Craig Robinson) is an amusingly unlikely master of disguise.

But the Bad Guys’ antics have attracted the attention of Governor Diane (Zazie Beetz), a foxy politician whose boring name may prove deceptive.

Wolf decides to up the ante by stealing Mr Marmalade’s “Golden Dolphin” award – but is he as squeaky clean as he sounds?

The dialogue could be punchier but there are dastardly twists, gloriously unhinged action scenes and a wicked musical number from In The Heights star Ramos.

During the Easter holidays, families will be choosing between this mob and the hedgehog. The wolf wins by a whisker.