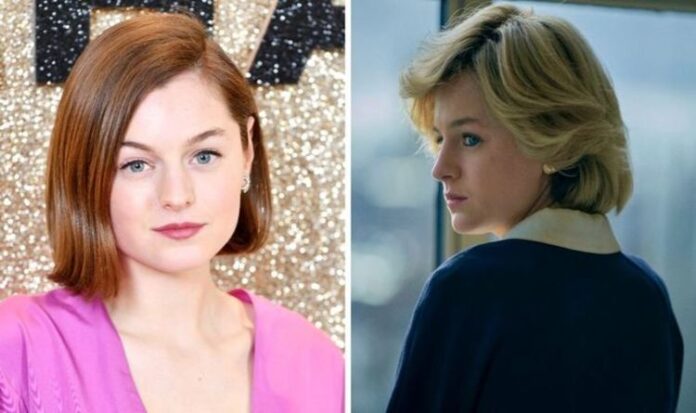 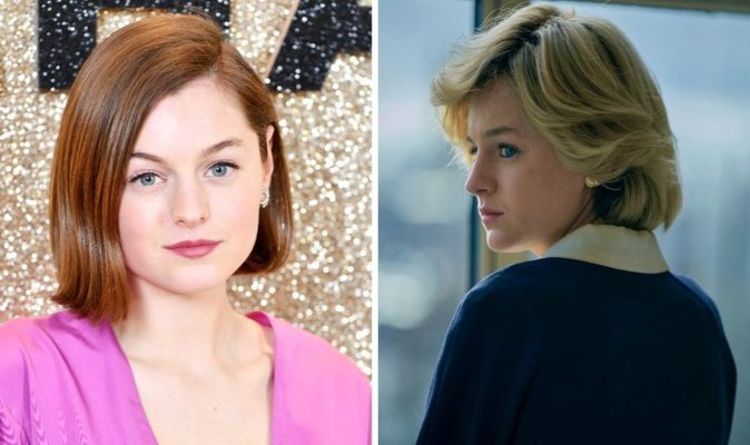 The fourth season of The Crown has been lauded as its best season yet, in part thanks to the captivating performance of Emma Corrin as Princess Diana. Now an awards season favourite, the up-and-coming Netflix star has admitted to struggling during one of the series’ most climactic moments.

Emma Corrin’s performance as Princess Diana has quickly become iconic, but the British star has confessed some moments on set were extremely challenging.

Diana spent much of season four alongside Prince Charles (played by Josh O’Connor) as the series delved into the future King’s biggest scandals of the 1980s.

Their tumultuous marriage was heavily dramatised by the latest instalment, and climaxed with a furious argument between the pair near the end of episode ten, ‘War’.

Although both actors deliver acclaimed performances, relative newcomer Emma Corrin detailed the challenges of the tense exchange when she spoke to Deadline recently.

She recalled: “I remember there was one scene that Josh and I struggled a lot with, which was in episode ten. Diana and Charles had this huge argument scene.”

During the pivotal sequence, Prince Charles releases his bottled up rage for what he perceived as Diana’s public grandstanding.

As the series was shot out of order, Corrin explained they tackled this particular moment before they had a chance to really get to know their characters.

The star continued: “We struggled so much because we were confronted with the reality of what we were doing and the fact that we hadn’t taken the characters to that place, that extent of anger before.”

Season four has once again been praised for showrunner Peter Morgan’s scripts, though also sparked more controversy than usual last year for what some viewers claimed to be historical inaccuracies.

Diana and Charles’ argument was, of course, heavily fictionalised, and Corrin indicated she needed time to get to grips with the script for this particular scene.

She explained: “A lot was being made explicit through the script for the scene which hadn’t been before. It was kind of very uncharted territory for us, we really had to work on breaking it down bit by bit.”

“And discovering the humanity and the nuance behind everything, every beat that we were playing in that scene. And I guess make it properly tangible for us to be able to play it.”

Thankfully, the two actors quickly got on board with the tone of the scene, and brought their time on The Crown to a momentous close.

Her co-star, Josh O’Connor, also chimed in by defending Morgan’s approach to The Crown’s historical drama.

He told Deadline: “When you’re telling a story about the failure of a marriage, it’s actually not that helpful to take too much information from fact.”

The Crown: Emma Corrin details ‘challenging’ Princess Diana scene ‘I struggled so much’