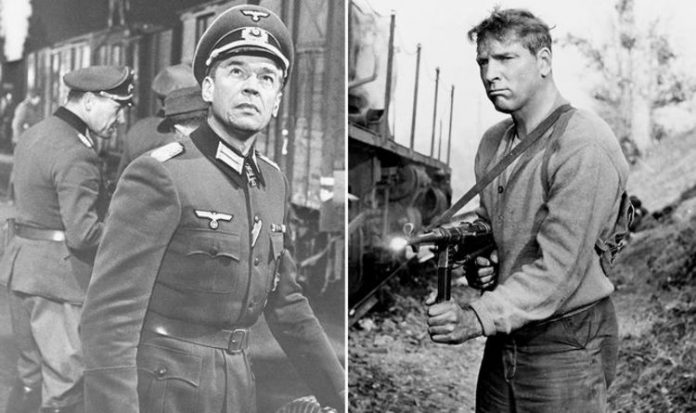 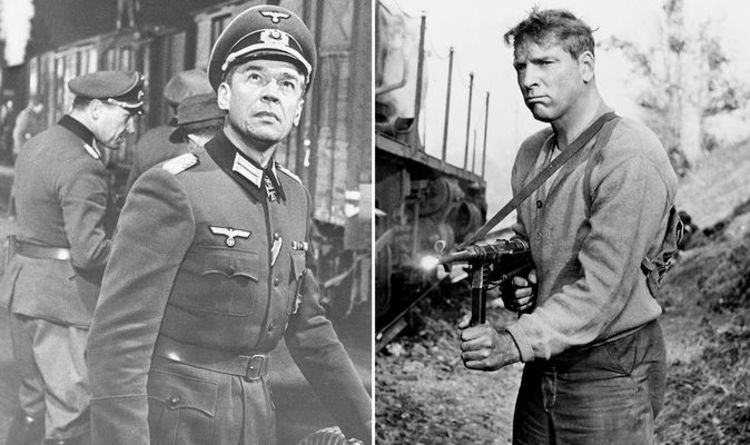 The Train was loosely based on 1961 non-fiction book Le front de l’art by Rose Valland, who was the art historian at the Galerie nationale du Jeu de Paume.

She documented the masterpieces in storage there that had been looted by the Nazis from French museums and private art collections to be taken back to Germany.

In real life, the shipment was indeed held up by the French Resistance on August 1, 1944.

However, unlike the action in the Burt Lancaster movie 20 years later, the Nazi’s plan was foiled by endless paperwork and red tape, meaning the priceless works only made it a few miles outside of Paris.

In real-life, train No 40,044 was seized and looked over by Lt Alexandre Rosenberg of the Free French forces just outside the capital city.

Once the doors of the carriage was open he found several works of art that had been owned by his father, art dealer Paul Rosenberg.

The Train movie’s action featured a number of real wrecks and the Allied bombing of a rail yard was made possible thanks to actual dynamite.

Director Frankenheimer believes The Train to be t he last big action movie that was shot in black and white, which he thinks tremendously added to the final product.

Lancaster was best known for playing tough men with tender hearts and Capitan Vallo was a dashing gentleman of a swashbuckler.

The character was a Robin Hood of the seas, more of an anti-hero Captain American than Depp’s take in Pirates of the Caribbean: The Curse of the Black Pearl.

Of course, despite Disney’s concerns over the direction he was taking the character, Captain Jack turned out to be a huge hit.

In fact, before starring in four more Pirates movies, the star was nominated for an Oscar for the role in the first outing.