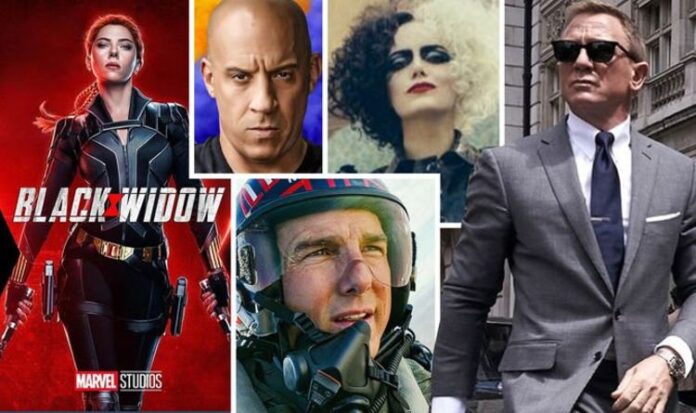 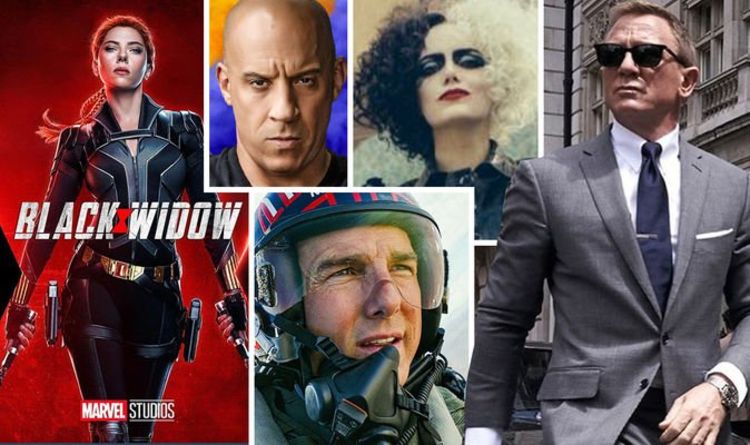 PETER RABBIT 2: THE RUNAWAY – MAY 17. Peter, voiced by James Corden, finally has a home with all his furry friends and the McGregors (Domnhall Gleeson and Rose Byrne) but can’t help making mischief all over again.
CRUELLA – MAY 22. The latest Disney reworking of a classic villain’s origin story, starring Emma Stone as the titular fur-obsessed fashion designer, will be available simultaneously in cinemas and for a surcharge on premium Disney Plus.

A QUIET PLACE 2 – JUNE 3: The sequel will pick up the pieces of Emily Blunt and her children fighting to survive after sound-sensitive aliens have devastated Earth. But this time humans have a chance to fight back.

LUCA – JUNE 18: Disney and PIXAR’s latest animated treat follows two adventurous young boys (who might also have a fishy secret) as they set out to explore life beyond the sea. The film will stream direct to Disney Plus as part of the standard subscription.

FAST & FURIOUS 9 – JULY 9: After a brief detour with Hobbs & Shaw it’s back to the main franchise as Vin Diesel, Michelle Rodriguez, Tyrese GIbson and Helen Mirren rev their engines to take on John Cena plus Charlize Theron’s returning cyber-terrorist.

BLACK WIDOW – JULY 9: Currently, this is will be the clash of the year as Scarlett Johansson’s Marvel hero attempts to outrace the Fast gang.

Like Cruella, this will also be out in cinemas and simultaneously released on Disney Plus with a premium charge.

JUNGLE CRUISE – JULY 30: Like Pirates of the Caribbean, this is another film rooted in a Disneyland ride. Dwayne Johnsons’ cantankerous riverboat captain takes Emily Blunt’s plucky explorer on a search for the mythical Tree of Life.

SHANG-CHI AND THE LEGEND OF THE TEN RINGS – SEPTEMBER 3 IN US (UK TBC): Marvel unveils its first Asian-centric superhero movie. Simu Liu takes the lead in the martial arts blockbuster, with Awkwafina and Michelle Yeoh.

WATCH MARVEL’S PREVIEW OF ITS UPCOMING MOVIES INCLUDING SHANG-CHI AND ETERNALS BELOW:

VENOM: LET THERE BE CARNAGE – SEPTEMBER 15: Tom Hardy is back as the alien symbiote bonded with journalist Eddie Brock. Woody Harrelson will play villain Cletus Casady but all eyes are on Michelle Willaims and her expected transformation into She-Venom.

JAMES BOND NO TIME TO DIE – SEPTEMBER 30: After countless delays, Daniel Craig will finally bid farewell to the franchise, but not before encountering Lashanna Lynch’s black female 007 and Rami Malek’s villainous Safin.

THE ETERNALS – NOVEMBER 5: The third Marvel blockbuster of the year packs the biggest A-list punch with Angelina Jolie, Richard Madden, Salma Haya and Kit Harrington introducing cinemagoers to some of the comic universe’s most powerful heroes.

TOP GUN MAVERICK – NOVEMBER 19 Tom Cruise is back after 35 years as the rebellious fighter pilot still needing speed and fighting authority while Val Kilmer’s Iceman has gone on to become a four-star admiral. Jennifer Connelly is his latest love interest while Miles Teller plays the son of Maverick’s much-missed best buddy Goose.

SPIDER-MAN NO WAY HOME – DECEMBER 17: Tom Holland complete his Spidey trilogy facing a world where his identity has been revealed. Far more secret, so far, are all the rumored cameos from previous Spider-Man stars Toby Maguire and Andrew Garfield. Jamie Foxx and Alfred Molina have been confirmed to return as Electro and Doctor Octopus.

DOWNTON ABBEY 2 – DECEMBER 22: The surprise smash of 2019 brought all the TV show’s beloved characters to the big screen as the Crawley family and their servants dealt with a royal visit. No word yet on the sequel’s plot but all eyes are on Maggie Smith’s terminally ill Dowager Countess.

THE KING’S MAN – DECEMBER 24: This prequel to the Kingsmen franchise is set in the early 1900s and details the formation of the secret society. The stellar line-up includes Ralph Fiennes, Gemma Arterton, Rhys Ifans, Matthew Goode, Tom Hollander and Charles Dance.

UK cinema reopens: Every major film for 2021 from Bond to Black Widow and Top Gun