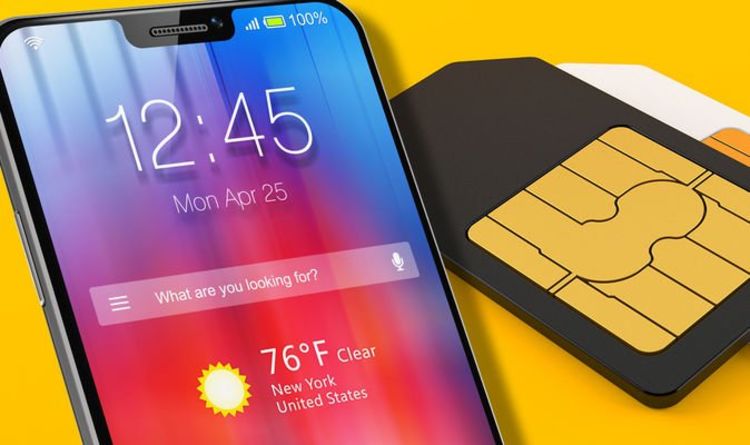 Thanks to the launch of 5G, networks such as EE, Three and Vodafone are now offering some of the best download speeds in the UK but they are now being challenged by a new rival with a very big advantage. SMARTY has been offering budget SIM deals since 2017 but this service, which is powered by Three, has now announced that it’s finally launching its 5G platform for the very first time.

That means anyone with a compatible handset – such as the iPhone 12, iPhone 13, Pixel 6 or Galaxy S21 – will be able to get blisteringly quick downloads when away from their fixed-line broadband. In fact, 5G has the ability to whizz movies and music to devices at speeds in excess of 300Mbps.

Of course, 5G is nothing new with EE and Vodafone launching this new technology back in 2019.

Where SMARTY sets itself apart from these rivals is that it doesn’t require customers to sign up to lengthy contracts with those using the service able to leave at any time without facing a penalty.

That’s pretty unusual as most networks want users to sign up for at least 12 months and some deals even demand longer 24-month contracts.

SMARTY says that its users will get access to 5G at no extra cost and to celebrate the launch it has even unveiled some new money-saving discounts.

These offers include extra data for free which means you can get a total of 40GB (usually 30GB) for just £10 per month or a whopping 60GB (usually 50GB) for £15 per month.

All SMARTY SIMs come with unlimited data and calls plus, as we mentioned earlier, you can leave whenever you like.

If those deals don’t excite you and you’re happy to sign up for a long-term deal then there are plenty of other SIMs on the market that also offer full access to 5G.

For example, EE has its 160GB SIM for just £20 which also includes unlimited calls and texts.

If you want fully unlimited access to the web then Three or Vodafone are both good options.

Vodafone is currently offering its Unlimited Max plan for just £25 per month and Three has its all you can eat plan available for half price for the first six months meaning you pay just £10.

THREE • Unlimited data, calls and texts – From £10 per month
SEE THE DEAL HERE

Use EE, Three and Vodafone? This rival now offers a tempting reason to leave

BT broadband will become much, much cheaper for millions of customers...