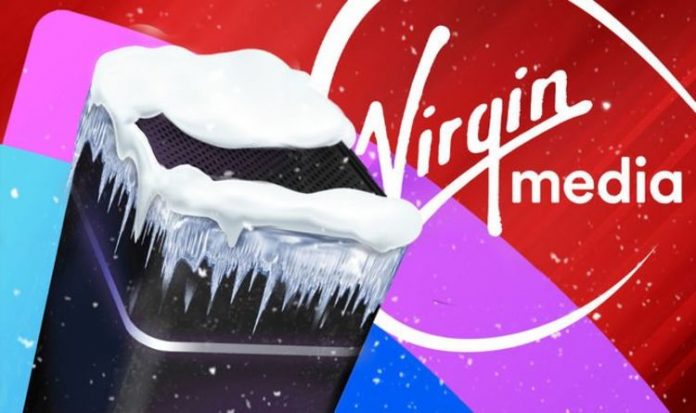 Virgin Media will bring its blockbuster January sale to an end at 11:59pm on January 12, which means you’ve only got a few more days to lock-in the new lower prices available on fibre broadband. And trust us, you really want to secure these lower monthly bills while they’re available as Virgin Media has already confirmed its biggest annual price rise in years for millions of customers, which will add £4.70 to the average subscribers’ direct debit each month. Signing up to the deals available for the next few days not only means you’ll miss out on the price rise for the 18-month minimum term of your contract, but you’ll also benefit from over £335 in savings.

Not only has Virgin Media slashed the monthly cost of its speedy home broadband connections, but it’s also dropped the £30 one-off set-up cost that customers usually need to stump up to switch to its network. That’s something Virgin Media didn’t even drop during its blockbuster Black Friday sales last year. If you’re looking to start the year by trimming back on some unnecessary expenses, these deals are a great way to keep connected with some impressive speeds at a lower price.

The most affordable option is Virgin Media’s M100 broadband plan, which offers average download speeds of 108Mbps and upload speeds of 10Mbps. For comparison, the average home broadband speed in the UK was measured at 70Mbps last year, so this is a substantial step-up. Netflix requires 5Mbps to stream in High Definition, so multiple people will be able to comfortably watch in crisp 1080p in different rooms – while also taking part in FaceTime calls, backing up photos to the cloud, downloading video games and software updates, streaming music and radio, and much more.

Virgin Media was charging £28 a month for its M100 plan until very recently – which is still a saving on the £44 out-of-contract pricing. However, it’s the removal of the £30 set-up fee that will really make the difference when you sign-up. Coupled with the first month’s cost, you’ll usually need to pay well over £50 in one lump sum to Virgin Media. Dropping that below £30 will make a real difference to your current account balance after the strenuous Christmas and New Year period.

All of these plans also lose the usual £30 one-off set-up cost too – adding to the savings available.

And if you’re looking for more than just a broadband boost from Virgin Media, the January sales have got you covered too. The Ultimate Volt bundle, which arrives with more than 230 premium telly channels, including BT Sport, Sky Sports and Sky Cinema in HD, and next-generation full-fibre broadband with an average download speed of 1,130Mbps (that’s over 14x faster than the average homeowner in the UK can expect to see!), anytime calls and an O2 SIM card with 10GB of 5G data, unlimited calls and unlimited texts to supercharge your existing smartphone – drops from £99 a month down to £89 a month. The set-up fee is also gone.

With that in your basket, you won’t need to worry about broadband charges, a mobile phone contract, landline calls, or paid-for telly from Sky and BT Sport.

If you want to take advantage of any of these deals, you’ll need to act fast. Virgin Media’s January event wraps up at 11:59pm on Wednesday January 12, 2022.

Virgin Media warning: You’ve only got DAYS left to cut your broadband costs

Alexa is getting smarter, as Amazon reveals new tricks to try...

Microsoft will release its dramatic Windows 10 redesign ‘before the end...