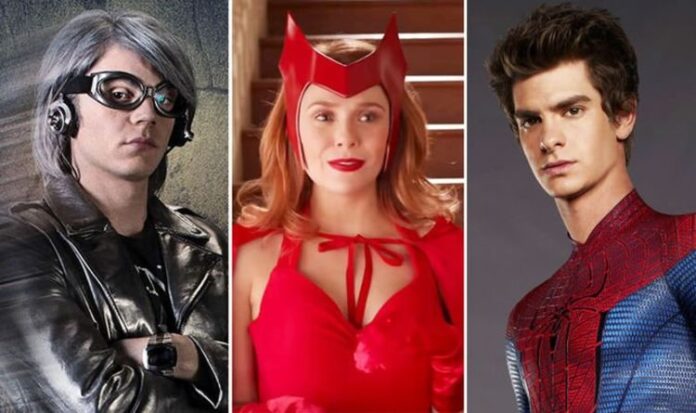 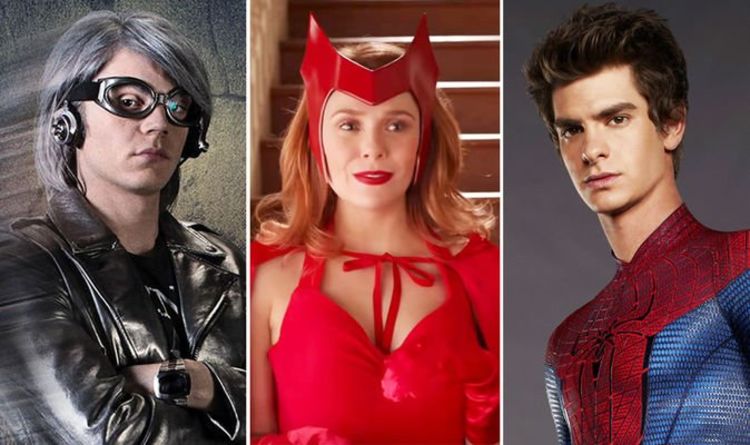 After a fallow year, the Marvel Cinematic Universe is returning with a bang next week. Following the events of Avengers Endgame and Spider-Man Far From Home, Marvel Phase 4’s storyline will be split across both cinematic movies and Disney+ miniseries. Kicking everything off on the streaming service is WandaVision, which sees Scarlet Witch using her powers to manifest a sitcom reality where she’s happily married to Vision, her lover who died in Avengers Infinity War.

Marvel Phase 4 will be exploring the multiverse and what with everything else coming up in the MCU slate, it looks both wild and exciting.

There’s the Loki miniseries exploring what happened to the alternate 2012 god of mischief after he escaped with the Tesseract in Avengers Endgame.

While at the end of the year is Untitled Spider-Man 3, which is bringing back Sony Marvel characters including Tobey Maguire and Andrew Garfield’s incarnations of the Web-Slinger, plus a whole host of familiar villains.

Benedict Cumberbatch’s dimension-bending Sorcerer Supreme will feature in the movie before starring opposite Elizabeth Olsen’s Scarlet Witch in 2022’s Doctor Strange in the Multiverse of Madness.

Now considering that Disney’s Marvel Studios now also have the rights to the Fox characters like X-Men, Deadpool and Fantastic Four, we wouldn’t be surprised if they’ll be turning up too.

After losing Vision, Scarlet Witch is clearly unstable and using her incredible powers to manipulate reality to an ideal version of a life with him that she lost.

We wouldn’t be surprised if Doctor Strange turns up at some point in WandaVision if she’s going to open up the MCU multiverse.

Now let’s not forget that she is a member of the X-Men, but not of the Fox universe.

Wanda’s brother Quicksilver perished in Avengers: Age of Ultron, but interestingly Evan Peters, who played the Fox version of the speedster, has a mystery role in WandaVision.

With this in mind, perhaps Scarlet Witch tries to bring her brother back (originally played by Aaron Taylor-Johnson), only to get an alternate version of him from the Fox universe.

If WandaVision introduces the X-Men movie characters fans already know and then Spider-Man 3 does the same with the Sony ones, perhaps we’ll see all sorts of familiar superheroes from the pre-MCU days in 2022’s Doctor Strange in the Multiverse of Madness.

Interestingly, the Benedict Cumberbatch sequel (which is set to be a horror) is directed by Sam Raimi who helmed the Tobey Maguire Spider-Man trilogy.

So surely some of the Sony characters Raimi dealt with in those movies, set to cameo in this year’s Spider-Man 3, will also turn up in Doctor Strange 2.

After all, as mentioned the Sorcerer Supreme will be mentoring Tom Holland’s Peter Parker in his third solo outing this Christmas and Doctor Strange was even mentioned in Raimi’s Spider-Man 2 back in 2004.

As for where all this is leading, our best bet is Avengers 5 will be a Secret Wars multiverse movie of epic proportions.

Fans will know the Secret Wars comic books saw the destruction of the Marvel Universe and other alternate realities.

Each universe’s Earth combined into Battleworld, a planet that combines different aspects of the various dimensions. There on Battleworld, alternate versions of the same Marvel characters were able to exist at the same time.

This included many incarnations of Thor acting as a peace-keeping force. And interestingly, we’re already getting Jane Foster’s The Mighty Thor in 2022’s Thor Love and Thunder alongside Chris Hemsworth’s Asgardian god.

By introducing a Secret Wars movie, Disney could well bring the MCU, Sony, Netflix and Fox universes together in one huge multiverse – and WandaVision may be where it all starts.

WandaVision is streaming on Disney+ from January 15, 2020.