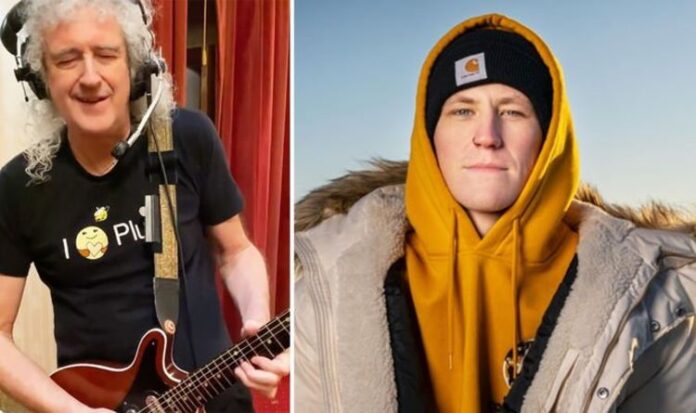 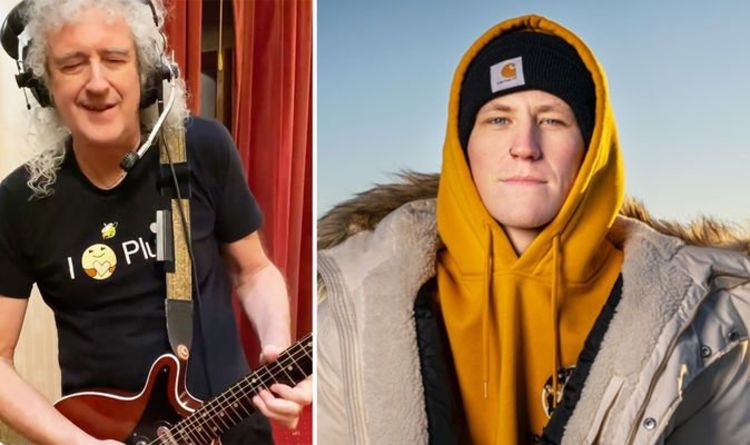 Following his rise to stardom over just a few weeks, Wellerman singer Nathan Evans has had two UK No 1s and been signed to a three-album recording contract. Celebrities have cottoned on to the catchy TikTok viral hit, including Queen guitarist Brian May, who’s performed the track on his Instagram page. Evans was amazed to see this, with the 73-year-old even contributing a guitar solo to his Wellerman live performance on Ant and Dec’s Saturday Night Takeaway.

One of Brian’s biggest hints on Instagram included: “Hope I get the chance to play on his album. Hmmm … I wonder if [Queen track] ‘39 would suit him ?

“Well it IS a kind of sea-faring song – written while sailing on the Milky Way, about 118 years in the future, I guess. What d’ye think ? “Don’t you hear my call…? Bri.’”

While on another occasion the music legend wrote: “I’d enjoy doing something serious with Nathan some time, if the planets aligned … Bri.”

But now Express.co.uk have caught up with both the Queen legend and rising star. Speaking with Brian first about the possibility of the two musicians teaming up, he admitted: “I think it could happen.”

Brian continued: “We haven’t actually spoken, but we’ve both expressed an interest in doing something if the opportunity comes up.

“To be honest I’m always wary of pushing myself… it’s nice when things happen naturally.

“But I really like what he’s done to the world of current music. A new fresh slant – but grounded in solid history.”

After sharing these comments with Evans, he replied: “Ah nice! That’s amazing. Ah, that’s fantastic, I’ll need to get in touch with him and see if we can work something out.”

Asked if Ed has heard Wellerman, Evans replied: “As far I as I know I don’t think so, but I did see when he turned 30 he uploaded that picture of a cake, that was like a pirate cake. So I don’t know if that was a hint…but I like to tell myself it was anyway!”

The Wellerman star also shared that he intends to release his debut studio album this year, one that will have a variety of music on it.

The 26-year-old said: “I’ve been writing amid all the craziness of the charts. I’ve been recording new music and writing as well, so it’s going to be a mixture of different stuff.

On how his family’s finding his newfound fame, Evans said: “They’re loving it.

“They don’t treat me any different. I imagine if I was a bit younger around 18 or 19 it may be a bit different.”

Aside from an album, Evans is heading off on tour this December, performing in Dublin, Manchester, London and Glasgow, before travelling across Europe in January.

Tickets for Nathan Evans’ debut tour are on sale now and can be purchased here.