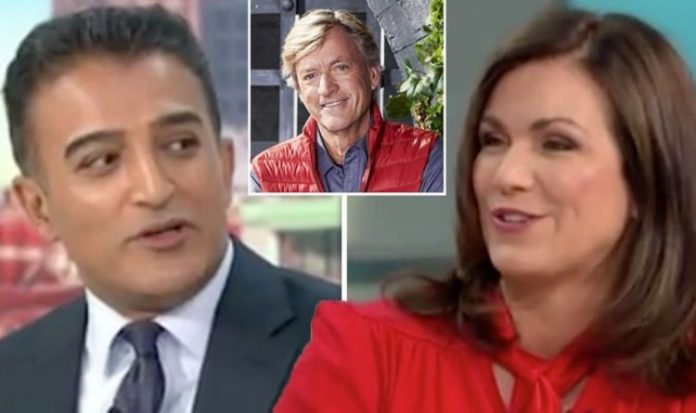 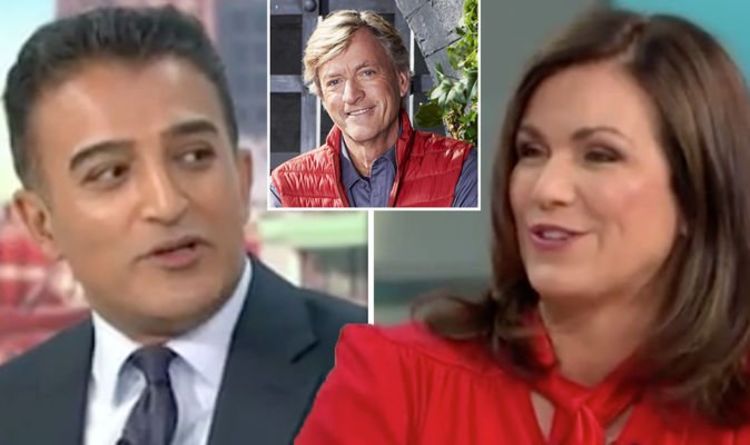 Susanna Reid hit out at her Good Morning Britain co-host Adil Ray as she misunderstood his opinion on co-star Richard Madeley’s performance on I’m A Celebrity…Get Me Out Of Here! on Sunday. During the first edition of the ITV show this week, Susanna, Adil and Charlotte Hawkins discussed their co-star’s entry into the jungle.

She said: “Richard Madeley, unfortunately, failed in the first task and had to spend the night in the losers’ camp.

“We will watch to see what happens next, won’t we?” Charlotte added. “It’s going to be an entertaining one.”

“Frankie Bridge from Loose Women,” Susanna continued. “Her husband Wayne Bridge was in the jungle a couple of years ago and it looks like she might do even better than Wayne.”

Adil interjected: “It’s the public who vote for who does the challenges and trials.

Susanna explained: “The public have already voted for him and Frankie to do the first trial.”

“Usually they spot any kind of weakness and then they’re like, ‘Right this is the person to do the challenge,’ they really push people to the edge,” Charlotte observed.

“I think if they do keep voting him to do the trials it might be alright for him because people will get sympathy for him,” Adil reasoned.

“You want Richard to be out?” Susanna questioned as her co-star clarified: “No!

“I want to see him do more trials but I think it’ll be good for him.

“I think he’s gold television he’s great doing the trials I think it’ll work for him, people will sympathise.”