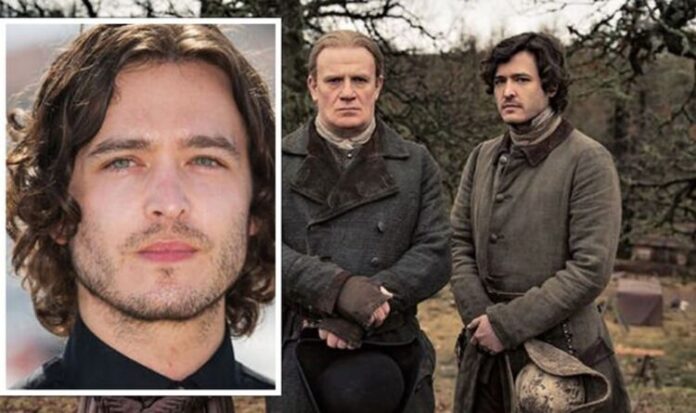 Alexander recently opened up on joining the Outlander cast as Allan, admitting he made a vow to his agent in 2020 he would not star in any more period dramas.

He explained: “Throughout my very lucky and blessed career, I’ve had the absolute joy of being surrounded by chainmail, or horses, or dragons, or 17th-century corridors in Versailles, and I said, ‘Let’s try and avoid any more as I am starting to get a bit of a reputation as the bad boy of period dramas!’

“But then Matt [Roberts] and Maril [Davis], the Outlander executive producers, reached out and said that I had been on their radar for quite a while.”

He told Digital Spy: “When Matt Roberts was over filming season three or four of Outlander, Versailles was on telly and he was very aware of Philippe and he was a big fan.

“He said they were trying to get me to come into the show for quite a while so I think they were just waiting for the opportunity for, I guess, the right part, and that just so happened to be Allan Christie.”