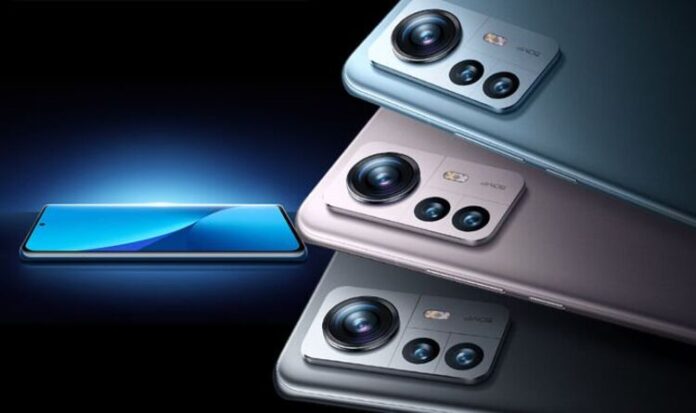 The biggest Android smartphones on the planet have a new rival to contend with – the Xiaomi 12 Pro. While Xiaomi might’ve introduced itself to UK shoppers with a series of affordable handsets with top-tier features, the Xiaomi 12 Pro is unmistakably a flagship smartphone with its sights set on the likes of the Samsung Galaxy S22 and Google Pixel 6.

Powering the top-tier handset from Xiaomi is the Qualcomm Snapdragon 8 Gen 1 – the latest and greatest system-on-a-chip from the US manufacturer and the same brains that fuels the Galaxy S22 series in the United States (Samsung’s own custom-designed Exynos chip is used in most other markets worldwide, including the UK), OnePlus 10 Pro, Oppo Find X, and more. This is coupled with either 8GB or 12GB of RAM, plus 256GB of built-in storage. Xiaomi is using the latest generation UFS 3.1 memory, which allows much faster sequential write speeds – up to an incredible 1,450MB per second, which means you’ll be able to move huge files, like blockbuster movies, onto the storage in the blink of an eye.

Under the bonnet, there’s a 4,600mAh battery, which Xiaomi says “all-day use” that is “free from battery anxiety”. Of course, we’ll need to get our hands on this new flagship phone to test those claims ourselves but one thing is for sure – when the battery does run out, charging will be speedy.

The Xiaomi 12 Pro arrives with support for fast-charging up to 120W with a cable and 50W wirelessly. That means you’ll be able to top-up the battery from flat to full in just 18-minutes when plugged in. And it’s not that much slower on a wireless charging pad.

On the front, the Xiaomi 12 Pro packs a 6.73-inch AMOLED display with a refresh rate that maxes out at a silky smooth 120Hz and ramps down when it’s not needed (like when looking at a still photo, or watching a Hollywood blockbuster that was filmed at 24 frames-per-second, for example) to conserve as much battery life as possible.

The 3,200×1,440-pixel resolution should mean every detail on-screen looks pin-sharp too, and Xiaomi has added an astounding 1,500-nit peak brightness that means the display will always be clearly visible, even in direct sunlight. For comparison, the Galaxy S22 has a peak brightness of 1,300 nits (the Galaxy S22 Ultra tops-out at 1,750 nits) while the iPhone 13 Pro has 1,200 nits.

Flipping the Xiaomi 12 Pro over, you’ll find the triple-camera array with three 50-megapixel sensors, Xiaomi says the new setup will be better able to capture photographs in low-light, thanks to the new ultra-large 1/1.28″ sensor and Xiaomi’s Night Mode software that should ensure you don’t need to blind your subjects with a flash when shooting late at night.

Elsewhere, there’s a dedicated ultra-wide camera to squeeze skyscrapers and large groups of friends into the frame and a telephoto lens capable of lossless 2x zoom. The latter also boost the performance of Portrait Mode images, which uses software to blur the background of the photo as if it was shot with a DSLR. Night Mode is supported on all three lenses.

Xiaomi 12 Pro is already available to buy in mainland China, with launches in the UK, Europe, Southeast Asia, Africa, Middle East, and Latin America on the cards.

In terms of pricing, there’s no word on what the handset will cost in the UK, but Xiaomi has confirmed that it’ll cost $999 internationally. That pits is almost directly against the 256GB model of the Galaxy S22, which costs $849.99 in the United States and the iPhone 13 Pro, which starts from $999. In the UK, the Galaxy S22 (256GB) costs £819, so we’d imagine Xiaomi will aim for a similar price point.

Express.co.uk will have more details about this exciting new challenger soon, so stay tuned.

Android fans have a new phone to be excited about …and it’s not from Samsung, Google

Amazon Prime Day is happening earlier this year – here's when...