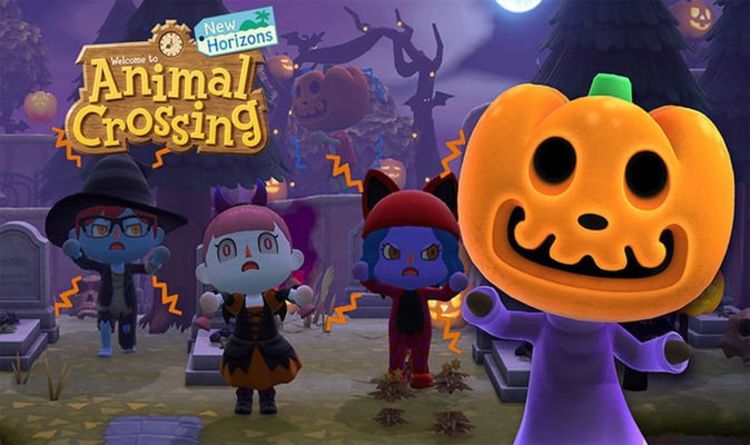 Nintendo is promising to update Animal Crossing New Horizons wiith all new Fall content, and that means plenty of spooky treats and Halloween costumes. Most of this stuff is being saved for the big Halloween event but everything will be kicking off this week with the scheduled Fall patch. Nintendo has been upfront about what is coming next to the game but they haven’t provided a full launch day schedule. So here’s what we know about what’s coming next to Animal Crossing New Horizons on Nintendo Switch.

WHAT TIME IS THE ANIMAL CROSSING NEW HORIZONS FALL UPDATE OUT?

According to Nintendo, the Animal Crossing New Horizons Fall Update release date has been set for Wednesday, September 30, 2020.

Based on how other patches have been launched in the past, there’s a chance that some regions will get it before that stated date.

Information posted on the Japanese Nintendo site, Animal Crossing update 1.5 will be available to download at 10am JST.

And if that’s true, the Animal Crossing New Horizons Fall update release time has been set for 2am BST on September 30, and 6pm PST (September 29) in the United States.

The Nintendo website adds: “The free autumn update will be available from 10:00 on September 30th (Wednesday). By downloading the update data (Ver.1.5.0), events such as “Halloween” will be added.

“A Halloween event will be held on the island on Saturday, October 31st, until the day of Halloween this October, why not prepare for the event and decorate the island like Halloween?”

Here’s what is being planned for the coming weeks across Animal Crossing New Horizons on Nintendo Switch:

Growing Pumpkins – Deck out your home and island for all your awesome autumnal occasions by first purchasing pumpkin starts in-game from Leif year-round or from Nook’s Cranny during October. Once your pumpkins are grown, they can be harvested and put to use in pumpkin-based DIY projects.

Prepare for Halloween – Pumpkins are just the beginning of the Halloween-themed festivities coming to your island.

With the big day just around the corner, you can start stocking up on candy early. Find your style for Halloween night by purchasing costumes, like a mage’s dress, at the Able Sisters shop during the month of October.

You can even procure body paint and colored eye contacts by exchanging Nook Miles. You’ll also be able to learn Halloween DIY projects from your fellow residents. On Halloween night, your neighbors will be getting in the holiday spirit with costumes of their own.

Halloween Night Celebrations – When Halloween night arrives on Oct. 31, after 5 p.m., neighbors will gather in the plaza, which will be adorned with an array of Halloween decorations. You’ll also receive a visit from a mysterious guest, Jack, the “czar of Halloween.” By giving Jack lollipops and candy, you’ll earn spooky in-game rewards.

Be sure to save some candy for your neighbors, too, or you might get pranked! Luckily, you can learn a couple of new Reactions to properly express your feelings of fear.

Revisiting Dreams – The ability to take a nap and visit other islands within dreams was introduced this summer. Now, you’ll be able to easily revisit dreams from a list, making it even easier to visit some of your favorite islands.

NookLink App Update – The NookLink Service in the Nintendo Switch Online smartphone app is also receiving an update in early October. With the update, you’ll be able to use your smart device to perform Reactions in the game.