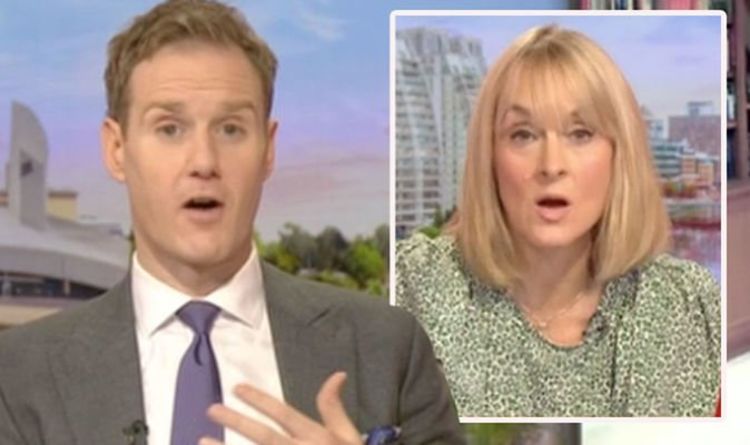 Louise, 52, was once again joined by BBC Breakfast co-host Dan Walker, 43, on Wednesday morning to inform viewers of the latest headlines from around the globe. With the UK being put back into lockdown to curb the spike in coronavirus cases and deaths, the pair discussed what members of the public are getting up to at home. However, explaining what she has been doing with her spare time, the BBC journalist said she had been baking but couldn’t bring them into the studio due to a Covid ban.

Following a report of viewers keeping fit at home, Louise said: “You really get a sense people are taking stock, preparing themselves to get through the next few weeks.”

“I did spot banana bread again – two days on the trot it has been trending,” Dan told his colleague, which led her to talk about her own experience with baking.

“I did not go for banana bread in either lockdown one or two but yesterday, I baked banana bread,” Louise admitted.

“Why no photographs? Was it that bad?” her co-host replied.

“It wasn’t pretty but it tasted delicious and I would have brought some in but of course, I can’t because we’ve got to be Covid secure,” the broadcaster told her co-star as she explained the ban.

READ MORE: Naga Munchetty warns co-star they will ‘fall out’ over controversy

“That’s a good excuse now, isn’t it?” Dan joked, making light of the fact Louise couldn’t bring her bakes into the studio.

“I did think of you and then I thought, ’Nah’,” Louise hit back, before laughing off her jibe and then carrying on with the rest of the show.

Taking to her Instagram page on Tuesday, the presenter told her 66,500 followers she was thinking of keeping the festivities going a little longer.

Whilst a third commented: “I have no compulsion to take my three threes down, they make me happy, not ready to lose them just yet. This is so unlike me.”

The presenter has been using social media a lot over the past few months to keep in contact with her followers.

During Wednesday’s edition of the show, she took a picture of herself with Dan on the red-sofa, sitting two metres apart.

Captioning the image on the Stories feature of Instagram, Louise wrote to her fans: “Hello, good morning from us!”

Dan also shared a message with his 157,000 followers of Instagram as he told his fans what he was wearing to host the show.

The presenter posted a picture of some purple coloured socks and wrote: “Our lovely daughter Susie asked if she could choose my tie and socks for TV today.

“She went for a bit of double purple,” he continued, referring to the fact he was also wearing a purple tie.

“Well done, Susie! Purple is a favourite of mine,” one of his followers wrote in reply.