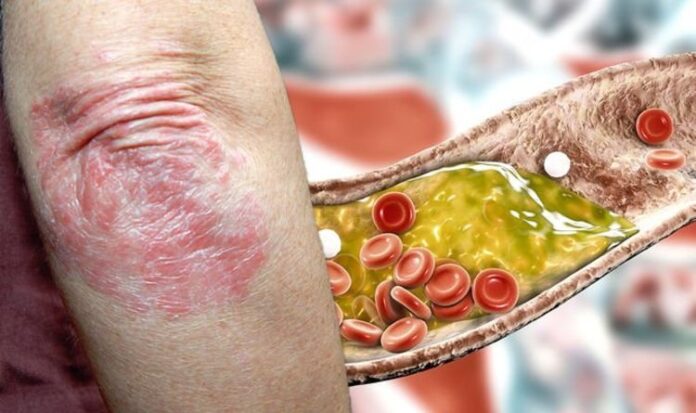 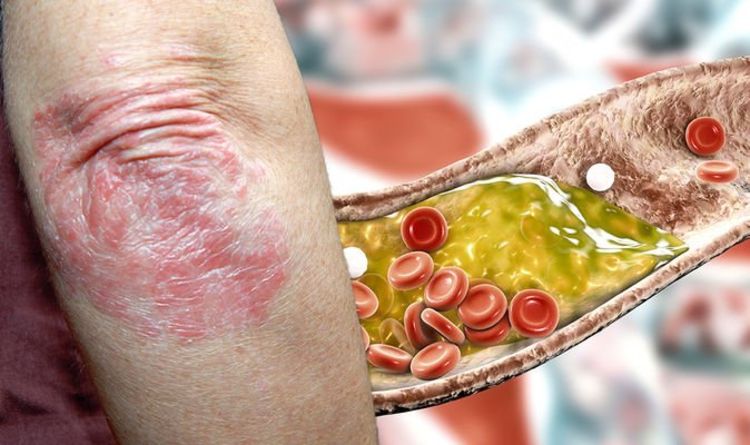 High cholesterol is when you have too much of a fatty substance called cholesterol in your blood. Not all cholesterol spells bad news – the one to watch is LDL cholesterol. This type of cholesterol is branded the “bad” cholesterol because it can stick to the inside of your artery walls; a mechanism that can trigger a heart attack.

The researchers noticed the mice with hyperlipidemia began developing skin diseases mirroring the usual development of psoriasis in humans.

“To our surprise, these mice spontaneously developed skin lesions, which were caused by the activation of self-lipid reactive T-cells only under conditions of hyperlipidemia,” the researchers said in a statement.

“The skin disease closely matched the symptoms and progression of psoriasis in humans.”

Scientists in the past have acknowledged a potential association between psoriasis and high cholesterol, but Wang’s study explores a new link that has not previously been explained or explored.

In another experiment by Wang and her team, blood samples of human psoriasis patients were investigated.

The researchers found increased levels of the same self-lipid—reactive T-cells in the patients with psoriasis compared to those without.

“As a large proportion of psoriatic patients are dyslipidemic, this finding is of clinical significance and indicates that self-lipid—reactive T-cells might serve as a possible link between hyperlipidemia and psoriasis,” the authors wrote in the study.

Dyslipidemia is the term for unbalanced or unhealthy cholesterol levels.

How to lower high cholesterol

To reduce your cholesterol, try to cut down on fatty food, especially food that contains a type of fat called saturated fat.

As the NHS explains, saturated fat increased LDL cholesterol levels in the blood.

You can still have foods that contain a healthier type of fat called unsaturated fat.

You can get a plentiful supply of unsaturated fat by following the Mediterranean diet.

Professor reveals Covid vaccine doesn't give protection for at least a...